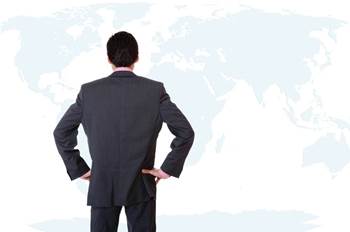 The Tasmanian Premier this week announced his new cabinet, appointing himself head of the newly created Innovation, Science and Technology portfolio.

Premier David Bartlett said the cabinet would deliver on his election promise to create jobs and provide a decent education for all Tasmanians.

The newly created Minister of Innovation, Science and Technology was a senior role that was expected to support economic growth.

"Without continued economic growth we cannot provide the jobs that Tasmanians need," Bartlett said in a statement.

Prior to becoming Premier, Bartlett was Manager of the Tasmanian Innovation Centre and a Tasmanian member of the Commonwealth State Science, Technology and Innovation Advisory Council.

He has a Bachelor of Science in Computer Science and Graduate Diploma of Business in Professional Management from the University of Tasmania.

The new portfolio was welcomed by Liberal member for Bass Michael Ferguson, who was appointed the Shadow Minister for Innovation, Science and Technology yesterday.

Ferguson has a Bachelor of Applied Science with a computing sub-major and taught secondary mathematics, science and IT prior to joining politics.

"We need to support our IT sector in Tasmania, and that's why I welcome the new portfolio," he told iTnews.

With the Tasmanian NBN roll-out underway, Ferguson said the state was well placed to grow its technology industry. He planned to conduct a "survey of the landscape" before announcing the Shadow Ministry's goals.

"I'll keep him [Bartlett] honest," he said. "I'll be wanting to be part of forming policy from a Liberal point of view."

Digital Tasmania spokesperson Andrew Connor told iTnews: "We're very pleased that the [technology] sector has been recognised by the new portfolio ... We've called for such a portfolio for IT."

Connor hoped that Bartlett would make more information about the NBN available to the public and that Ferguson would promote accountability and transparency as Shadow Minister.

"We hope that the Premier applies that [background in IT] to translate technical aspects into something that is more readable by the public," he said.