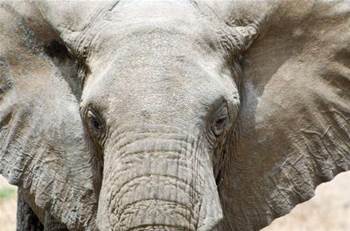 Prepares to back up more data.

Taronga Conservation Society Australia has upgraded its infrastructure, backup and recovery systems to support the growing requirements of the state’s two zoos.

The society dedicates about 250 square metres across about 20 rooms for IT and associated equipment at the Taronga Zoo in Sydney and the Taronga Western Plains Zoo in Dubbo.

It relies on about 40 systems, including a Centaman visitor administration system and an SAP financial management system running on an IBM iSeries server.

IT manager Richard Norburn said the organisation measured IT project costs “in terms of ‘what if we didn’t do it’”.

“Like most organisations, Taronga is constantly upgrading its infrastructure; it’s an ongoing maintenance and strategic process,” Norburn said.

“IT is an important component in enabling operational efficiencies … If our systems are unavailable, the delivery of vital supplies such as animal feed could be delayed.”

In the past year, Taronga Conservation Society Australia has replaced and quadrupled its tape libraries, added a scalable near-line storage server and upgraded its CA ARCserve back up and disaster recovery system.

Norburn explained that the previous tape-based backup process was time consuming. “Restoring a lost file took more than a day to process,” he said.

The new solution, deployed in March, takes regular disk-based snapshots from the society's 45 servers and transfers those snapshots to a tape backup via a 10 Gb fibre link.

The costs of the upgrade were “necessary”, he said, with the organisation now operating 24/7, 365 days a year, and preparing to store “tens of terabytes” of new high-resolution pathology images next year.

“Taronga’s scientific research is rapidly expanding and we host a pathology application for looking at high resolution digital blood slides,” he said.

“Like most organisations data sizes and volumes are only going one way.

“Taronga is a rich environment for video and photo media and is growing all the time. We have our own in house graphics unit and some of the files they produce are huge.”

Norburn said the zoos were looking to grow their virtual IT environment, with about half its servers virtualised currently.

“Our virtual environment will grow, but with raw hardware actually quite cheap you need to keep an eye on the licensing models to makes sure they add value,” he noted.

The society has about 1000 staff across both zoos and an IT team of about 10 people, and works with a range of technology vendors including Centaman, IBM, Tardis, Data#3, SAP, CA and Elam.

Norburn highlighted the latter three in particular for having “shown their commitment to the wild” through cash or in-kind donations.