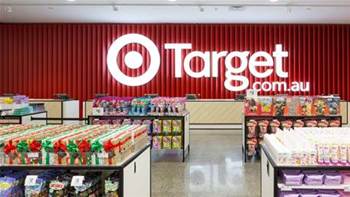 McIntyre, who took up the vacant role at the Wesfarmers-owned retailer last month after a brief stint at Bega Cheese, announced her new role in a LinkedIn post on Thursday.

“They say life goes round in circles and as such I am returning to Target as GM - tech,” she wrote.

“As a young nervous newly graduated tech student in the early 90s working on the help desk at Target, I never dreamed that I would one day lead tech for this company.”

McIntyre will report to Kmart Australia chief information officer Brad Blyth, who stepped into the role at the start of this year.

Prior to joining Target, McIntyre was the interim IT business solutions manager at Bega Cheese for 10 months, and before that CIO at fashion retailer Sussan Group for almost two years.

McIntyre has also previously worked as the A/NZ CIO of beauty company L'Oréal, as CIO at food manufacturer Simplot Australia and in various IT roles at Woolworths.

She also hosts her own podcast called ‘Lady Leadership’ and runs coaching and leadership programs.

A spokesperson for Target said that McIntyre “will be playing a pivotal role in accelerating our digital transformation”.

“We look forward to seeing [Samantha] lead the target team to new heights of innovation as we continue to grow our online sales and offer our customers a world-class digital experience,” the spokesperson said.

Last week, Wesfarmers reported a 57 percent jump in online sales in its full-year results for 2020, which it partly attributed to “digital capabilities”.