Symantec goes beyond the desktop with Norton Everywhere 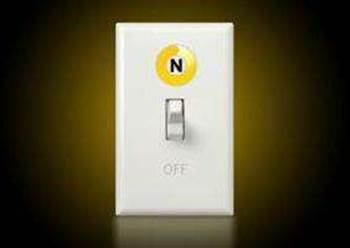 New security software and services for range of devices.

Symantec is looking to increase the reach of its security line beyond the PC with a new range of beta software releases dubbed Norton Everywhere.

The new beta products, announced at an investor's meeting in New York, include new smartphone security software for the Android platform, software to access stored data on the iPhone, iPad or Android ranges and an DNS filtering service for small businesses and consumers.

“We are entering a new era where non-PC devices are exploding in numbers, which means more opportunity for cybercriminals. It’s becoming more and more critical for consumers to be protected beyond their PCs,” said Janice Chaffin, president of Symantec's Consumer Business Unit.

“Symantec’s breadth of resources, partnerships, global reach and brand recognition make it uniquely able to deliver security and more to any Internet-connected device in the world.”

For smartphones the company will release Norton Smartphone Security for Android in June, which will give anti-malware scanning, call blocking and allow the remote locking or wiping of a handset via text message.

In the same month Norton Connect will become available for download. This is a service that allows users to securely download media archived remotely using Norton Online Backup or Norton 360 from mobile devices which use the iPhone or Android operating system,.

Finally Symantec will begin a new service which automatically checks the veracity of DNS addresses from web URLs accessed from desktop or Android devices. Norton DNS will filter out sites associated with fraud or malware, as well as violence or pornography, with no loss of access speed.

The company also announced partnership agreements with HTC to develop security software for the Android and Windows Mobile and Mocana Corporation, which is working on remote update and control systems form mobile devices.

Got a news tip for our journalists? Share it with us anonymously here.
Copyright ©v3.co.uk
Tags:
androidbeyonddevicesnortonsecuritysoftware