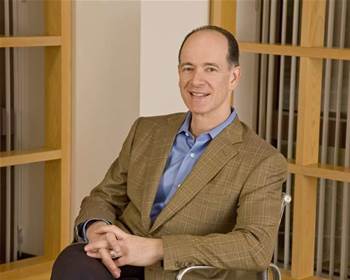 In what was his second Australian visit and first as CEO, Salem said the company will extend and be "acquisitive in security".

He referred to the company's recent acquisitions of PC Tools in the consumer space and MessageLabs in the software-as-a-service (SaaS) space as examples of Symantec's recent buyouts.

He also signalled his intention to grow the company through the vendor's partner community. He vowed that as long as he is CEO "he will increase business through partners."

"We launched new services at our partner conference," said Salem, referring to the enhancements he announced at Partner Engage 2009 in Florida last month.

The changes include a deal registration program which gives partners access to services that they can attach to the deal.

"We'll be going to ask our partners to deliver the system," he said.

Meanwhile, Salem shared some information about Symantec's customers, breaking them down by size while also revealing some trends for next year.

Despite the even breakdown small business had "seen a lot of growth," he said.

Salem said virtualisation and SaaS were two growth areas for the industry next year. He said SaaS could be important in the home in the coming year.

He also believed security was a barrier for cloud adoption but that vendors like Symantec had a role to play.

"There are ways to secure the cloud," said Salem.