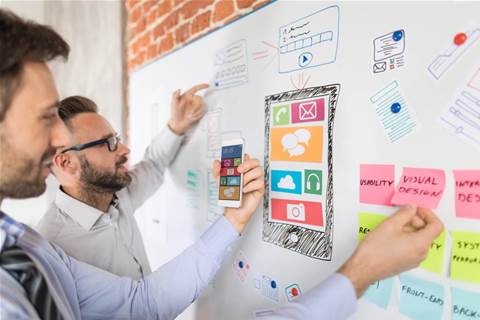 Sydneysiders could one day be prompted with real-time alerts to "reconsider their travel choices", or be rewarded with Opal credit for information on traffic incidents, using technology developed at a Transport for NSW hackathon.

The hackathon - called CongestionHack - ran with 30 teams in late March. Teams with at least one TfNSW representative competed under an 'in the know' category, while a second 'open' category was open to anyone.

Sydney’s traffic problems are more than just a nuisance - Transport for NSW estimates that congestion costs the city up to $6.1 billion in lost economic output every year.

The closure of multiple lanes on the Sydney Harbour Bridge last week is estimated to have knocked $10 million off the city’s productivity for the day.

CongestionHack resulted in a series of apps, infrastructure projects and business solutions to the congestion problem.

The proposed solutions do not yet have a confirmed path into production.

"As with all ideas that are presented at these events we will consider what possibilities these winning proposals have and will discuss with the winning teams if there is any potential to explore these solutions into the future," a TfNSW spokesperson told iTnews.

"Similar programs have already led to the successful development of a number of new apps, including the Learner Driver Digital Logbook, public transport real-time apps and specialist apps for customers with accessibility needs."

One of the promising solutions is SKY team’s Adaptive Mobility Behavioural Insights (AMBI) project, which won top spot for the 'in the know' category.

"The AMBI Project uses data to display prompts in real time that inform customers of better times and ways to travel," the agency said in a blog post.

"[It] uses comparisons of real time and historic travel data to present customers with alternative choices which seek to minimise their travel time.

"This will alleviate congestion and help match demand to transport capacity."

In the open category, TransTrack came up with a "reward-based camera app to the help Transport Management Centre (TMC) better respond to key road incidents."

It encourages pedestrians to report congestion-causing road incidents, such as vehicles parked in clearways.

In return, it proposes to reward them with "Opal dollars", redeemable on their public transport smartcards.