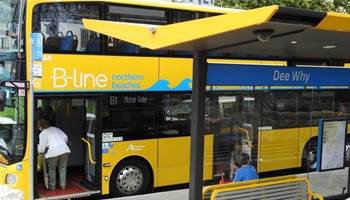 The NSW government has unveiled plans to equip the 38 double-decker buses travelling on the B-Line with intelligent collision avoidance devices.

The state government initially trialled the Mobileye technology on the CBD to Northern Beaches line back in February.

Statistics from the NSW Centre for Road Safety show that 30 people were killed and 472 people seriously injured in crashes with buses between 2013 and 2017. Of the fatalities, 12 were pedestrians.

The Mobileye system, developed by Intel, gives bus drivers “a third eye on the road to help keep customers and other road users safe,” Transport minister Andrew Constance said in a statement.

The device captures visual data from cameras mounted to the bus, analysing objects around the vehicle and using audio and visual cues to alert drivers when it detects a heightened risk of collision with other vehicles, pedestrians or roadside objects.

It also keeps an eye on lane markings and alerts drivers when the bus starts to cross over the lines.

“The addition of Mobileye will ensure B-Line remains one of Australia’s most high-tech
public bus fleets,” Constance said.

State Transit CEO Steffen Faurby said the device is still being assessed, but added that “anything that may assist our drivers with incidents outside of their control is well worth looking at”.

“We know from our testing in February that the technology can work but now it needs
to be evaluated in our challenging operating environment.”

Neither Faurby or Constance indicated whether the system would be rolled out to other bus lines across the state.