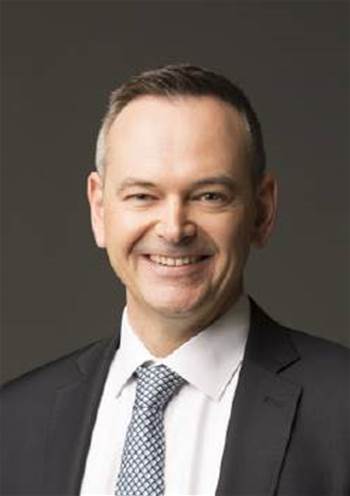 As its new general manager of digital.

As reported by iTnews, Hunt resigned in July after four-and-a-half years in the leadership role to return to the UK.

Hatfield spent more than five years at News Corp, including the last three-and-a-half years as CIO, before departing in September.

Prior to that, he worked for more than 10 years at David Jones, including two years as general manager of IT and more than four years as an IT strategic solutions manager.

In a statement, Sydney Water managing director Roch Cheroux said he was “pleased to announce that Mr Hatfield has joined Sydney Water to lead our digital team”.

“We are serious about digital transformation and Mr Hatfield’s wealth of experience in this area, as well as his customer focused background, will guide the business as we evolve,” he said.

“I’m very optimistic about the ways in which we can use our digital assets to support our customers as we continue to deliver world class water to Greater Sydney.”

As the digital group lead, Hatfield will be tasked with “transform[ing] the way the business works with data, insights and tools” and overhauling “customer interaction and access to information”.

“I am very excited to be joining Sydney Water at a time where digital transformation will play such a crucial role in determining the future shape of the organisation,” Hatfield said.

“The recent digital investment strategy at Sydney Water has set a strong path to establishing the next generation of technology foundations on which to transform the organisation.

“With this brings great opportunity for innovation and new approaches which is a journey that I am very much looking forward to being a part of.”