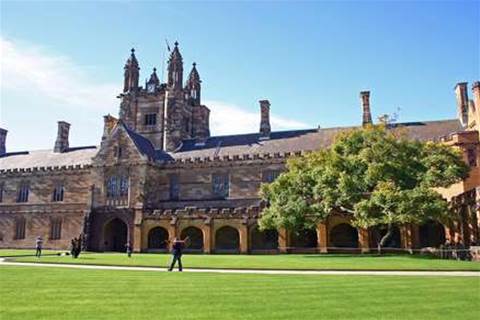 The University of Sydney will cut about 340 academic and general staff to free up funds for building and ICT investments.

He noted that more domestic students than usual had deferred or lightened their class load and international students were deterred by the strong Australian dollar.

“We are in a position of strength,” Spence told staff in a video message on Monday.

“But to progress further, we must, among other things, invest in our buildings and ICT systems: their current state is of real concern to everyone.

“We have a backlog of repairs and maintenance that will cost hundreds of millions to put right, and there is an urgent need for new facilities to better support you and your work.”

According to a Fairfax Media report, the university planned to spend $53 million on maintenance and upgrades to IT infrastructure.

A university spokesman told iTnews that its recent IT investments included a student administration system in 2009, as well as new learning and research support systems.

However, he said there was “much more required”, including an expansion of the university’s wireless network across its multiple campuses and new learning and teaching hubs for students.

“There has been an enormous growth in demand for ICT as teachers and students move much more to online learning and support,” the spokesman said.

“Our internationally regarded researchers need to be able to send and store large amounts of data,” he added, highlighting its student population of 50,000 and about 6000 staff.

The National Tertiary Education Union warned that the job cuts would affect the quality of teaching and research, arguing the University of Sydney had reported a $113.1 million surplus in the past financial year.

But according to Spence, the university had a “small minority of academics who do not contribute significantly to either our research or teaching”.

“The university is at an important crossroads: if we don’t invest in infrastructure now, we will not be able to meet the goals we agreed together,” he said.

“We cannot apply another band-aid measure for the short term. Our responsibility is to secure the university’s future and to be true to our tradition of excellence.”