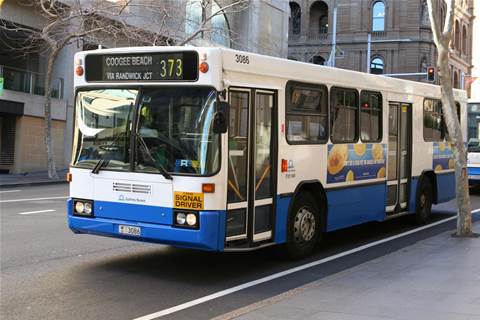 Sydney transport apps are now back online in time for the afternoon peak, after a brief outage the in the transport data feed left bus commuters without real-time arrival information this morning.

The apps, created and owned by third party developers but based on data produced by a network of GPS devices tracking buses, ferries and trains in the metropolitan region, allow users to locate a selected service on a map and predict with some degree of accuracy when it will arrive at their stop.

The Transport for NSW operated Bus SMS service was also affected by this morning's outage.

“Early this morning the server that provides bus location data to the real time apps experienced an outage. It has since been rectified at 10am,” a spokesperson for Transport for NSW said.

Buses in Sydney are tracked using the Public Transport Information and Priority System (PTIPS), originally developed by the Roads and Traffic Authority to synchronise bus locations with traffic lights and give late-running services priority passage.

Sydney Trains' Train Location System was not affected as it is drawn from a separate server.

Fortunately, outages have been relatively rare across the range of data feeds supporting the apps, which have run fairly reliably since their launch earlier this year.

The spokesperson nonetheless said Transport for NSW is looking to make the system more reliable and expand the GPS network into new regions.

The six apps, available on Apple and Android devices, had been downloaded 1.5 million by August this year, according to transport minister Gladys Berejiklian.

The outage was unrelated to a wide-ranging overhaul of public transport timetables which came into effect across trains, buses and ferries on Sunday 20 October.