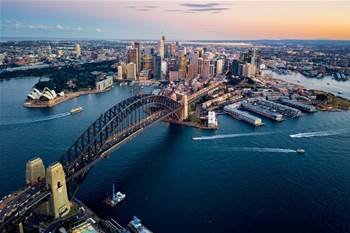 The City of Sydney is inviting feedback on its plans to become a smart city - an initiative designed to help the city cope with a booming population and changing climate.

The City’s draft Smart City Strategic Framework currently available for review outlines how Sydney plans to “do more with less” in terms of energy, resources and space thanks to data and “smart” infrastructure.

One of the important messages in the framework is that Sydney doesn’t want to have to reinvent the wheel in its smart city journey, which is perhaps why it’s let a number of major global cities (and even some smaller cities closer to home like Newcastle and Bendigo) get a head start adopting technologies like the internet of things (IoT) and predictive analytics.

Sydney also wants a “problem-driven, evidence-based approach” to smart city solutions rather than “installing technology for technology’s sake” to ensure any investment in technology and data delivers tangible benefits for the city’s residents, visitors and businesses.

“Rather than prescribing specific technological solutions, the framework promotes an outcomes-focused approach in which technology is woven into the fabric of everyday life to respond to real needs and flexibly adapt as contexts evolve and needs change,” the framework states.

Central to most of these suggestions is the notion of flexibility and interoperability - a nod to the rapid development in the IoT and smart city spaces to date that could spur unpredictable developments in the future.

Some of the technologies listed as possible places to start Sydney’s smart city journey include IoT-enabled bins similar to Newcastle and Melbourne’s, activity trackers that sense demand on the city’s pedestrian transport networks and resources over the course of a day, and a raft of ‘smart’ technologies to increase safety and undo some of the damage to the night time economy done by lockout laws including intelligent lighting, CCTV and transport systems.

It’s also flagged the use of IoT for temporary installations like festivals and events to help measure and manage crowds while supporting businesses in reaching consumers.

The annual winter light show of the Vivid festival is listed as a key opportunity for such initiatives, where feedback in recent years complained of “overcrowding, [a] lack of inclusive nightlife and under-performing cultural offerings”.

Any technologies and data could also be optimised for collaboration with other local governments across Greater Sydney, the framework said, to support connected communities and enhance service delivery.

However, not all parties may be on board with increased data collection and sharing - especially if done by corporate third parties.

Toronto’s foray into the smart city space with Alphabet Inc’s Sidewalk Labs has been plagued by fears that citizens' data could be misused for mass surveillance all while strengthening the bottom line of Google’s parent company.

The City of Sydney is interested in feedback from its residents and businesses alike, and is inviting feedback until Monday 17 February.