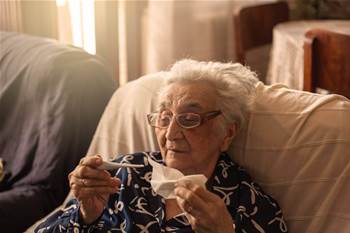 Nursing homes in the Sydney Local Health District are trialling a new web-based app to coordinate and automate the district’s response to potential influenza outbreaks.

Staff at 30 aged care facilities will record data during the 12-month pilot about suspected cases of influenza-like illness and flu among residents at their nursing homes.

The FluCARE (InFLUenza outbreak Communication, Advice and REporting) app’s algorithm continually analyses the data as it comes in, automatically triggering alerts when the criteria for an outbreak is reached.

As an alert could come in any time of the day or night, nursing home staff will receive an action checklist to guide them through the immediate responses that should be taken, with the district’s Public Health Unit offering further advice about infection control measures.

“By acting sooner, we’ll be better able to contain the spread of the disease and we hope to be able to prevent hospitalisations and deaths,” Sydney Local Health District epidemiologist Dr Emma Quinn said.

The FluCARE app has been in development since 2017, when the district’s Public Health Unit won a $48,000 grant to design, implement and evaluate the web-based app during The Pitch, Sydney Local Health District’s quarterly funding challenge to staff for innovative ideas.

Feedback from aged care facility staff be incorporated into the app ahead of a planned rollout to all facilities in the district in 2020.

“It also has the potential to be adapted to respond to other outbreaks, like a gastroenteritis outbreak in a childcare centre, which are of public health concern in the District,” she said.

“And, it could be applicable beyond our District. It has the potential to be implemented across NSW.”

There were 75 influenza outbreaks in residential care facilities across the state in the first half of this year, where around 12 percent of residents who reported flu-like symptoms requiring hospitalisation.

NSW Health’s Influenza Surveillance Weekly Report shows 18 care facility residents’ deaths have been linked to these outbreaks, however, all of them had other significant underlying health conditions.