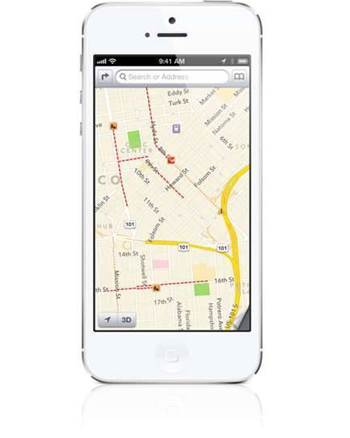 Sydney will become the first city in Australia and one of only a small group internationally to get public transport directions for Maps on Apple's iOS 9 mobile operating system this month.

The addition of Sydney was footnoted with "coming in October 2015" on Apple's iOS 9 features availability site, which provided no further detail on how much of the city's public transport system will be covered by Maps directions.

The move will provide new competition for local public transport applications, however NextThere and TripTastic developer Rupert Hanson said adding transit data to Maps would put pressure on Google Maps more than his own products.

"Real-time apps like NextThere are focused on a commuter use case, and I think are complementary to Apple’s transit offering," Hanson said.

"You could alternatively think of it as customers who don't know the transit system [and use Apple Maps] versus commuters who do."

Hanson's apps use publicly available timetable and spatial data published by Transport for New South Wales through its Transport Data Exchange program. He also has access to the real-time data that TfNSW makes available to trusted developers on a select basis.

This access means developers can guide users around perennial Sydney public transport issues such as weekend trackwork and accompanying bus replacements, as well as other changes that occur on a weekly basis.

iTnews has contacted Apple for clarification on the data it will rely on for Maps.

While Hanson isn't overly worried that Apple is intruding on his turf, he does recognise the difficulty in coming up against a multinational giant.

"It's definitely challenging as a developer in the transit market having competitors like Google pushing a free product backed by marketing might, but I don't think this [Apple Maps Sydney transit directions] represents any substantial change in the dynamics of the market," he said.

"The big picture is, anything that encourages customers to consider public transport a more viable option is a great thing for cities."