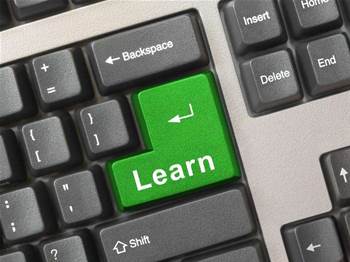 Swinburne's newly appointed pro vice-chancellor of digital frontiers, Professor Leon Sterling, said that the university had a set a goal to ensure 50 percent of its courses are either online or have an online component by 2020.

The university currently offers around 25 percent of its courses online. It also offer some courses through its commercial joint venture with online jobs and recruitment giant Seek Learning.

Sterling said that the university would pursue the target independently of its joint venture with Seek.

The courses would primarily be targeted at older students that were already in the workforce and seeking to make career changes.

Conventional on-campus learning would continue to be the dominant learning mode for school leavers, he said.

"It's a much more differentiated market about how people are going to learn in the future. These online environments are probably not desirable for school leavers," Sterling said.

Swinburne is one of the founding partners of Open Universities Australia (OUA). However, its joint venture with Seek has allowed it to move more aggressively into the online education market and ensure more of its courses are available online.

Constantine, who was CIO at Swinburne for 12 years before taking up his current position, said that China's expanding middle-class offered a massive potential new market for Australia's education sector.

Students were also facing pressures that made online learning more desirable and technology had reached a level maturity to adequately match face-to-face learning, he added.

"I think as they become wealthier you've got a huge market opening up. So I do think we have to get far more serious about the various offerings that we put online."

Flinders is currently considering making all of its lectures freely available online but limiting interaction – for instance, the ability to ask questions – to enrolled students, he said.

Swinburne's immediate goal is to complete a three-year project to overhaul its student management system.

The university awarded the tender for the project to Australian integrator TechnologyOne and the new system is scheduled to go live during a seasonal lull in the university's operations next April.

Sterling said that the project is tracking well against its targets and that student data had already been converted for migration into the new system.