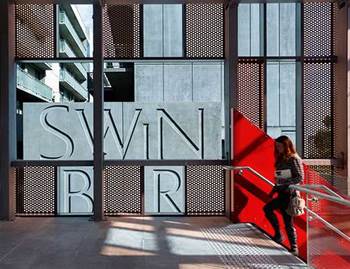 Swinburne University of Technology took down its core systems over the weekend in order to perform the largest piece of work in an all-encompassing infrastructure overhaul which touches most of the university’s network.

Swinburne is halfway through a major infrastructure upgrade which will see equipment from the university’s core network to the edge of all of its four campuses replaced with new kit.

“The weekend was one of the bigger cutover tasks where we replaced a lot of the infrastructure in the core of the network,” Swinburne associate director of infrastructure Daniel Buttigieg told iTnews.

The university advised students that all systems would be down for 18 hours from 12pm Saturday, but was able to complete the upgrade of Swinburne’s core network in six hours.

The university has been a Cisco end-to-end shop for the past eight years. Last year it went to tender for new equipment and considered all the major players, opting to upgrade to the latest versions of Cisco's hardware.

Swinburne will move a “mishmash” of old Nexus and Catalyst kit into newer Nexus models, upgrade 300 of its switches to Cisco 3850s, and roll out a new network of Cisco IP phones that feature video conferencing functionality.

In total the project, which began in the third quarter of last year, will run until the end of 2014.

Beyond the core network replacement, Buttigieg and his team have also upgraded switches on two of the campus networks, with the university's main Hawthorn campus scheduled for later in the year.

“We’ve probably got about six months to go, [including] the data centre upgrade and rolling out new switches to all the campuses and buildings and upgrading the phones, which are dependent on having the switching infrastructure in place," Buttigieg said.

Re-thinking the who's who

In parallel, the IT team is overhauling Swinburne’s ageing identity management system.

The project will take the better part of a year, due to difficulties in finding the right opportunity to migrate, Buttigieg said.

“We have to do it after hours, because systems are being used around the clock. Finding the time to bring things down is fairly difficult.”

A big focus for the university over the coming year will be the adoption of cloud computing, as it prepares to map out a timeline for implementation based on a recently-completed cloud strategy.

The current high-level plan highlights Swinburne’s desire to save costs and be more agile with its use of technology through the adoption of cloud services.

The university will soon embark on a study of every service it uses and the data those services hold to determine what will suit private or public cloud models.

It is aiming for "a hybrid cloud model that uses platform-as-a-service, software-as-a-service, and with PaaS spanning over both internal and onsite infrastructure,” Buttigieg said.

“We haven’t mapped out where we want private or public cloud, we will need to do more work to work out what to use in what circumstances.”

The university currently uses a limited number of hosted services, including the Blackboard learning management system (hosted by the vendor in Singapore), hosted Office 365 for student email, and Ex Libris for library services.

“This project is about trying to do [cloud] in a more holistic fashion,” Buttigieg said.