Suspected drone in near miss with WA aircraft 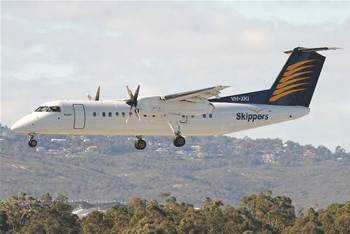 The Australian Transport Safety Bureau has been unable to identify an object it suspects to be a drone that nearly collided with an aircraft just above military airspace in Perth last month.

In a report released yesterday on the March incident, the ATSB revealed an unidentified object, believed to be an unmanned aerial vehicle, had been spotted flying just above controlled airspace near Perth and appeared to be tracking towards a Skippers Aviation De Havilland DHC-8 aircraft.

The aircraft’s crew were forced to take “evasive action” to avoid a collision with the object, and manage to pass it 20m horizontally and 100ft vertically.

The pilot reported to the ATSB that the object had been grey in colour and cylindrical in shape.

The ATSB said the Australian Defence Force had advised the suspected UAV was not one of its fleet and it was not aware of any UAV operations in the area at the time of the near collision.

The ATSB was unable to confirm the details of the object nor of any reported UAV operators in the area at the time.

The height at which the suspected UAV was flying, along with the bright strobe light the object was reported to have emitted, suggest the object was commercial rather than personal in nature.

The incident is the second in weeks involving a near collision between an unmanned aerial vehicle and an authorised aircraft.

Last month the ATSB reported a near miss between a UAV and a Westpac Rescue Chopper near Newcastle in NSW.

The aircraft's crew were forced to act fast to avoid a collision after spotting a UAV tracking towards the helicopter. No-one was hurt in the incident.