Susan Sly gives up on the CIO game 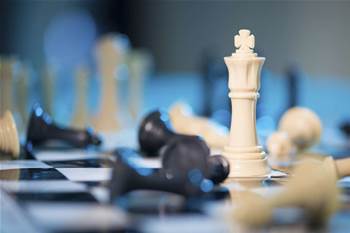 Not enough 'appetite for business change'.

Former VicRoads and AEMO IT chief Susan Sly has decided to give up on being a CIO - a role she feels is garnering less and less transformative influence within Australian businesses.

After leaving jobs with the Victorian Government and the Australian Energy Market Operator within months of one another, Sly has accepted a role with boutique consulting agency CIO Advisory, headed by former BHP Billiton Global CIO Ken Matthews.

The role will see her parachuted in to companies struggling with IT initiatives gone awry, sometimes acting as an interim CIO and offering strategic advice.

Sly told iTnews she received a number of offers for new CIO roles after departing AEMO but was "struggling to get up the enthusiasm to take any of them on”.

“I think we are at an interesting stage in terms of the industry. There is so much debate about what the CIO role really is and a lot of diversity when it comes to design of CIO roles," she said.

“I realised I was looking for a job where I could genuinely execute business change. I just don’t think there are that many CIO roles being advertised at the moment where that is truly embedded in the job description."

Sly will join David Lee, another of BHP Billiton's IT alumni alongside Matthews, to make up the CIO Advisory’s trio of ex-CIOs.

Matthews said Sly's appointment was "very important for us because she has got that government experience when our background is very much in the heavy industries".

He said he wasn’t surprised she had decided to turn her back on a permanent CIO role to join the company.

“I think what is happening to the CIO role is that gradually it is reporting lower and lower in the organisation and it is receiving less autonomy," he told iTnews.

“There are not really any good CIO jobs left. Even the banking CIOs don’t answer direct to the CEO anymore."

Some of CIO Advisory’s customers include the Victoria Police, Toll Group, Capgemini and Leightons.