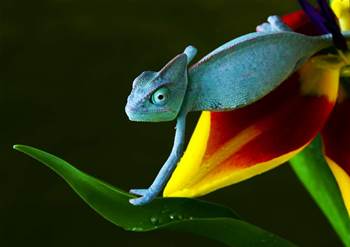 If you're an IT contractor pat yourself on the back because chances are you are more honest, happy, trusting and generous than most independent professionals, new university research suggests.

Contract recruiter Entity Solutions commissioned Melbourne's Monash University to poll IT workers on their wellbeing and outlook with questions such as "What would you do if you won a $10 million lottery", to which 37 percent said they would give half to charity compared to just 21 percent of contractors overall.

"They were incredibly generously hearted," Monash researcher Tui McKeown said of the sample of 76 IT contractors from a universal set of 372.

But fortune wouldn't change the average IT contractor, 40 percent saying they would continue to work in the field while 18 percent said they would quit.

McKeown said IT workers were among the most trusting: "They really believe people have good intentions".

"The response to the question 'Have you ever misled others?", 89 percent said absolutely, definitely no.

IT contractors were generally happy with their lot. Despite being hit by the fallout from the recession harder than their peers in other fields (32 percent of IT contractors had their pay cut compared to 23 percent overall) the sense of freedom 86 percent reported led to higher feelings of contentment.

And although the flexible hours were likely responsible for them suffering a greater cut in their engagements (13 percent said they had hours cut compared to 8 percent overall), two-thirds cited this freedom as key to their wellbeing.

"There was this theme that we love what we're doing," McKeown said.

Less pay but happy all the same

The study conflicted with a survey two weeks ago from Robert Walters that found most contractors preferred jobs. In that recruiter's survey, 58 percent of IT professionals said they accepted contracts because there was nothing else around.

Entity founder and chief executive officer Matthew Franceschini said the 2.5-hour-a-week cut IT contractors on his books saw during the recession was absorbed and now engagements were back to where they were before. But the experience caused IT workers to reevaluate their expectations, he said.

"We saw the IT and communications guys tend to be higher paid and there seemed to be more room to move," Franceschini said. "There's a high degree of negotiation when establishing a contract."

He said Australian organisations often put the employee cart before the contractor horse.

"The need to use industry professionals is increasing but across the board a lot of end users are not adapting as quickly as they should to engage them as fully as they should," he said.

Employers should "look for the skill and ability first" and then consider whether the candidate wants to be an employee or contractor, he said.

The research also found that IT contractors tended to be more entrepreneurial and able to adapt quickly.

Which animal are you? Characteristics needed to survive:

How did IT contractors fare during the recession?