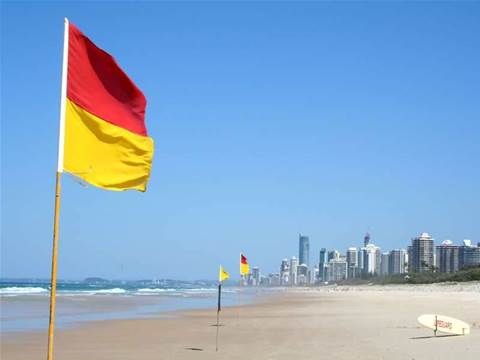 One million personal records to move.

Surf Life Saving Australia (SLSA) has revealed it will retire 12 server and storage boxes from a Sydney co-location facility as it moves to consume infrastructure-as-a-service.

By May this year, the not-for-profit plans to build, test and house all “organisational IT” – including databases and web applications for some 158,000 members across the country – in Fujitsu’s cloud data centre in Homebush Bay.

SLSA currently has six in-house IT staff and, for the past 18 months, has run 12 physical boxes with 24 virtual machines from a Fujitsu co-location facility in North Ryde, Sydney.

According to SLSA’s national IT manager Gary Daly, the servers were between two and five years old.

However, he said SLSA lacked the capacity to support new user requirements and could not afford “high standard disaster recovery”, describing a days-long process to recover data from backups should disaster strike.

SLSA initially looked to the Federal Government to fund a hardware and software upgrade, as well as the build of a new IBM WebSphere web portal and applications for members.

Its browser-based applications were used by 6000 administrators for managing people, entities and activities, and an additional 152,000 members for managing their certifications.

Applications would also tap into a database with records of about a million people, Daly said, noting that SLSA had a high churn rate among members.

Although SLSA’s IT projects requiring capital expenditure often attracted Federal Government funding, supporting those investments was a different kettle of fish, he said, with SLSA often unable to afford to enhance its systems.

“We’re a charity ... As we all know, IT is very unsexy in terms of trying to get money into make a large capital investment in legacy equipment,” Daly said.

“Federal governments of whatever flavour have been very generous over the years in terms of these sorts of projects. But once the project is over, you then have the cost of maintaining and enhancing and so on.”

When he considered SLSA’s inability to meet compliance and disaster recovery requirements, Daly decided against an infrastructure upgrade in favour of a cloud provider that would take on some of those responsibilities.

By adopting infrastructure-as-a-service, he expected to save 55 percent of the cost of refreshing, hosting and supporting its ageing infrastructure. Savings would be on the scale of “a few hundred thousand dollars” over four years.

Daly declined to disclose details of his service level agreement with Fujitsu, but said the cloud-based service would be more robust with “many, many nines” of guaranteed availability.

He noted that the flexible, pay-as-you-go, utility-based pricing model was particularly well-suited to SLSA’s seasonal requirements, with systems typically under peak load between September and May.

SLSA planned to move applications to the Homebush Bay facility by May, taking the opportunity to upgrade SQL servers in the meantime.

The new WebSphere portal would be rolled out to members between March and September, with a training campaign kicking off within the next month.

SLSA’s members include volunteers and paid staff who are spread across eight national, state and territory centres, 17 branches and 310 clubs across Australia.

Because SLSA operates as a federated organisation, all “office IT” – including desktop software and email servers – will continue to be run by the individual offices.