Suncorp rules out outsourced IT as customers go online 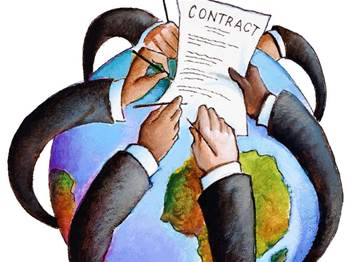 Half of transactions now electronic.

Suncorp’s shared services chief Jeff Smith has ruled out technology outsourcing, describing IT as a central part of the banking and insurance group as more customers go online.

While other major banks have outsourced application and platform development to cut costs and improve efficiency, Smith saw “in-sourcing” as a strategic advantage for the Suncorp Group.

“Financial services companies are, in a lot of cases, IT companies masquerading as banks,” said Smith, who became Suncorp’s CIO in 2007 and CEO of its new business services division in mid-2010.

“Everything from an ATM to an online transaction [is electronic]. Fifty percent of our business now flows through our online system; we’ve gone from ten to 50 in the last three years.

“We’re going to own that – we’re going to design it, build it, maintain it, because it’s too important [to outsource].”

In November, Suncorp cut almost 50 backoffice jobs in what the Financial Sector Union warned was “just the beginning of large-scale outsourcing”.

No IT jobs were affected at the time; Smith said this week that the bank did “not have a strategy around outsourcing with IT”.

Australia’s first bank Westpac made headlines yesterday when it revealed plans to cut 410 jobs and move an additional 150 – including 28 IT management roles – offshore.

An internal memo in November indicated that Westpac would outsource the testing and build of applications and use more managed services contracts to run and maintain them.

Meanwhile, executives from both ANZ Bank and NAB have described a growing reliance on vendors to drive improvements in their core banking technology.

But he ruled out end-to-end outsourcing.

“We’re not taking something from end to end and outsourcing it, so we’re different from a lot of the other big companies,” he said.

“For us, we want to be great at building the assets that touch our customers, which is all of our IT systems.

“Our business transactions flow through our systems, so all of the core pieces that are critical to running a bank or insurance, we’re building and managing ourselves.”

Smith has been a vocal proponent of Agile software development methodology since Suncorp adopted the iterative method about four years ago.

He said the team now delivered new technology at “pretty much the pace of what [the business] can absorb anyhow, and in many cases, ahead of it”.

“We want to do iterations every week; we want our engineers and IT people generating ideas and also to have the vehicle for implementing those ideas,” Smith said.

“You can’t do that if you offshore all of that.

“In a lot of companies, you’re saddled with a lot of outsourcing contracts and if you want to be innovative, how can you do that?

“I think it’s a big mistake to be honest; you wont be able to respond [to demand].”