Suncorp Bank retail customers destined to move onto ANZ Plus 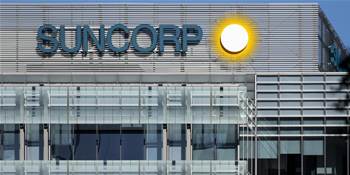 ANZ Banking Group will buy Suncorp Bank for $4.9 billion, with plans to bring retail customers onto the ANZ Plus platform, while giving commercial customers access to more ANZ products.

Suncorp Bank’s retail customers will be migrated to ANZ Plus, the nascent retail banking platform developed by ANZ under its ANZx transformation.

Meanwhile, commercial customers of Suncorp Bank will be offered a broader product selection, with access to the ANZ GoBiz, which integrates into accounting software for fast business loan an overdraft approvals.

ANZ's intent to shift retail customers to ANZ Plus brings to an end the long-running core upgrade saga at Suncorp Bank.

In 2020, Suncorp Bank pulled the plug on a long-running attempt to replace its Hogan core banking system with an Oracle-based platform.

At the beginning of this year, iTnews reported that Suncorp Bank would instead modernise Hogan, a project then in its earliest stages.

iTnews was seeking further clarification on these options at the time of publication.

In an analyst call, Suncorp CEO Steve Johnston highlighted that among merits of the transaction “serves to benefit Suncorp customers and staff over the region, with customers able to benefit from the many technology initiatives that ANZ currently have in development”.

During ANZ's separate investor call, CEO Shayne Elliott said the acquisition means the bank will gain “1.2 million customers, a 20 percent uplift for ourselves here in Australia, a great management team, a culturally aligned business, and... the platform for growth”.

“From an operational perspective, once completed we will initially run Suncorp bank as a separate business, retaining the current brand,” Elliott said.

“We've licensed that brand for a minimum of five years, which allows us the option to consider longer term brand options – whether a full conversion to ANZ or possibly launching a new brand.”

Elliott said after ANZ's acquisition in 2003 of the Bank of New Zealand, the two “ran as two brands, two systems, two of everything for 10 years.”

“After the [global financial crisis] the decision was made to merge the two businesses and systems under the brand of ANZ,” he said.

“We invested heavily behind the ANZ brand to lift it up to a similar level to the National Bank and they worked very hard about removing any friction for customers as they migrated across from [National Bank of New Zealand] to ANZ.”

Elliott said he was "not for a minute suggesting that we should wait 10 years between completion [of the Suncorp Bank buy] and making that move".

“We've learned a lot so we think we can do that much, much faster but the first thing we need to do is make the decision - is moving to the ANZ brand the right thing to do?” he said.

While Suncorp hasn’t disclosed what tech costs are likely to arise from the acquisition, CFO Jeremy Robson told the analyst call the sale will result in pre-completion “stranded costs” of around $40 million, and “across various corporate support functions including technology”.

Total integration costs over the next three years will surpass $400 million, and the Suncorp sale documents show a longer-term allowance for another $240 million of integration costs, with technology likely to be a subset of that.

“Some of the complexity about stranded costs removal is that they go vertically through an organisation,” Robson told the investor call.

“To some extent they rely on systems, non entity-related costs, licence agreements and other activities where you have to work through the transition of the licences” from one organisation to the other.

iTnews will update this story as more details from ongoing investor and media calls comes to hand.