Suncorp Bank migration to ANZ Plus could be 'some years away' 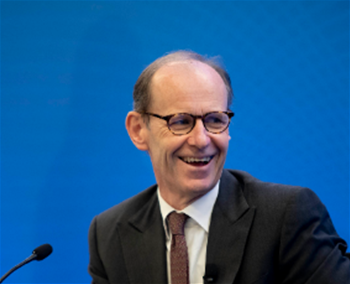 Goal is to run one technology stack 'whatever happens'.

ANZ Banking Group says it will take some years to migrate all of Suncorp Bank's retail customers over to ANZ Plus, should a $4.9 billion acquisition of Suncorp's banking operations proceed.

iTnews reported earlier that ANZ's proposed purchase of Suncorp Bank would likely bring to an end a long effort to re-platform Suncorp Bank onto a new core.

ANZ confirmed that it intends to migrate Suncorp’s customers onto its own core banking system, but that completion of the effort could take some time.

“Our ambition, at an appropriate time, some years away – we will move those 1.2 million customers, hopefully more by that time, across to the ANZ Plus technology stack," ANZ CEO Shayne Elliott said.

Having “completely rebuilt” its technology stack in ANZ Plus, Elliott said the acquisition gave ANZ a choice about what to do with Suncorp’s customers: “Either we paint that customer base blue [that is, migrate them to ANZ-branded products], or we create another brand.

“That option is ahead of us but whatever happens, they will be on one technology stack.”

The migration will take time, he said, most likely over a number of years.

ANZ’s chairman Paul O’Sullivan said banking is “increasingly a technology arms race”, and said Suncorp added “size and scale” to the customer base supported by that investment.

ANZ is the smallest of the “Big Four” in Queensland, and Elliott said “every part of Suncorp has a natural home in ANZ”.

The group has committed to maintaining the Suncorp brand for five years after the deal closes, as well as maintaining Suncorp staff jobs and its branch network.

There’s a two-year extension option in the brand licensing agreement as well.

While ANZ is budgeting $40 million on what it referred to as “stranded costs” in the acquisition, Elliott declined to comment on how much of that will be spent on technology.