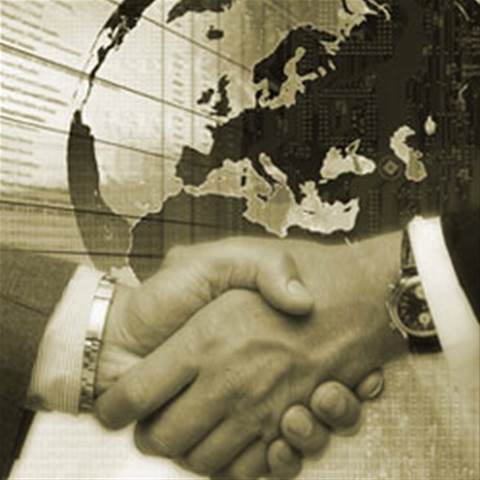 Sun Microsystems chief executive Jonathan Schwartz is looking to make peace with the development community behind the Linux operating system.

A day after Linux creator Linus Torvalds lashed out against the server vendor over its open source track record, the Schwartz posted an open letter on his blog and invited Torvalds to dinner at his home.

Torvalds earlier this week denounced Sun Microsystems as a dishonest open source player in a posting on the Linux Kernel Developer mailing list.

Linux developers since last weekend have been debating the forthcoming third version of the General Public Licence on the list. Although Torvalds on Sunday stated his view that there is no reason for the Linux kernel to switch licences, he added that he might change his opinion if Sun would pick GPLv3 for its Solaris operating system.

Torvalds would be especially interested in adopting Sun's ZFS file system, Torvalds said in an email on Tuesday.

"Maybe ZFS is worthwhile enough that I'm willing to go to the effort of trying to relicense the kernel," Torvalds wrote.

"But quite frankly, I can almost guarantee that Sun won't release ZFS under the GPLv3 even if they release other parts. Because if they did, they'd lose the patent protection."

Schwartz in his open letter countered that the company is "interested in seeing ZFS everywhere, including Linux, with full patent indemnity".

Torvalds in Tuesday's email made it clear that he has little confidence in Sun's motives with the open source community and in particalur with Linux.

"I'm not at all berating Sun, what I'm trying to do here is to wake people up who seem to be living in some dream-world where Sun wants to help people,"

The system builder has repeatedly belittled Linux. When it released its Solaris 10 operating system as a free download in 2004, the firm courted users who in the past had abandoned Solaris.

But amidst a barrage of Sun flaming, Torvalds also opened the door for Sun to better itself.

"Yes, I'm cynical, and yes, I hope I'm wrong. And if I'm wrong, I'll very happily retract anything cynical I said about Sun. They _have_ done great things, and maybe I'm just too pessimistic about all the history I've seen of Sun with open source."

Schwartz was quick to accept Torvalds gesture, arguing that customer adoption of either software suite should be considered independent from development discussions.

"From where I sit, we should put the swords down - you're not the enemy for us, we're not the enemy for you. Most of the world doesn't have access to the internet - that's the enemy to slay, the divide that separates us. By joining our communities, we can bring transparency and opportunity to the whole planet. "

"We want to work together, we want to join hands and communities - we have no intention of holding anything back, or pulling patent nonsense. And to prove the sincerity of the offer, I invite you to my house for dinner. I'll cook, you bring the wine. A mashup in the truest sense," Schwartz concluded.
Got a news tip for our journalists? Share it with us anonymously here.
Copyright ©v3.co.uk
Tags:
an branch linux offers olive software sun