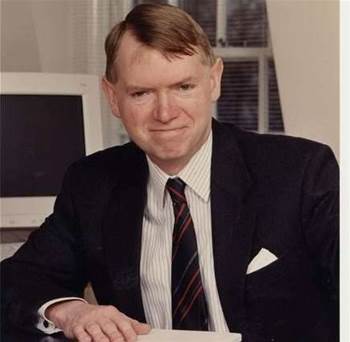 More to be gained from open systems than an immature cloud.

CIOs looking to replace legacy systems should consider open source options over proprietary software or public cloud services, according to a study by prominent British IT academic, Professor Jim Norton.

The study was commissioned, Norton told iTnews upon its release, for the benefit of CIOs in the travel and related industries standing on the precipice of replacing legacy, proprietary systems.

Airlines and railways in particular have sweated outdated mid-range and mainframe systems for several decades. Inevitably, CIOs at these organisations will need to choose between upgrades, outsourcing or adoption of cloud services.

In most cases, Norton argues that re-engineering internal IT using open source software is the more sensible outcome.

Why is open source cheaper?

That same community provides a faster response to changes in customer preferences communicated on social networks or via business analytics, and faster resolution of common system problems.

Open source is also preferred by the next generation of tech talent, he argues.

“The skilled, motivated staff that grew up with the internet don’t want to work with closed, old fashioned systems,” he said.

"If you don't provide them with tools for Drupal, for Hadoop, for jQuery, they aren’t happy bunnies."

Norton cited studies from the London School of Economics which found that investments to deploy open source in-house drives longer-term savings of 20 percent over the alternatives.

However, Norton warned those savings would only come after a slightly more expensive transition period and that such cost savings “don’t apply to everyone".

“What I’ve tried to do with this study is look at lessons learnt,” he said.

The study includes a checklist for customers making the transition. It advises CIOs, for example, not to separate current support teams from new development teams, “or you’ll be consigning your business as usual team to the scrap heap," Norton said.

Norton has previously advised the UK Government that the reliability and security of open systems were “at least as good as proprietary systems".

There are plenty of examples, he noted, of critical infrastructure relying on open source; the London Stock Exchange, Google’s search engine (and tellingly, its rival Microsoft Bing), and many Defence applications are among them.

It also uses the Apache web server and Tomcat application server, among other common tools.

The company’s 4500 developers use the open source Eclipse development tool, and its sales and marketing team use SugarCRM.

It is hoped that travel industry customers might save money at the front-end using these free UI templates for common travel industry functions, and invariably then see the value in outsourcing the remainder (back-end processing) to Amadeus.

“We commissioned this study to highlight to our customers and shareholders our use of open systems and contribution to open systems,” said Hervé Couturier, a former SAP executive and now executive vice-president of development at Amadeus.

"But we also wanted to highlight the benefits and challenges of critical systems providers using open source to encourage debate. We feel it's time to make the transition.”

Professor Norton said that while public cloud computing services have come a long way, business processes to support a shift to these services have not. Interoperability barely exists, nor does the ability to audit the security of hosted services.

“Therein lies the danger if as a CIO you’re pushed too quickly in the cloud direction,” he said.

“In many respects, the public cloud is an immature business. Business processes will eventually catch up with the technology, but they are not there yet.

“I would expect you would make greater cost savings by using open source internally without using a cloud-based solution.”