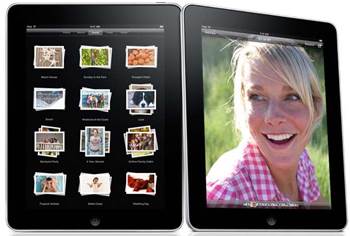 Won't pay for news online, but keen on filter?

Few Australian internet users are willing to buy music or film online instead of buying the hard copy version and even fewer would pay anything for online newspaper content, the latest World Internet Project survey [PDF] has found.

The Australian portion of the survey was conducted by the ARC centre for excellence for creative industries and innovation at Swinburne University of Technology.

It took into account the opinions of 1,000 Australian internet users.

One of the key findings is the prices that users are willing to pay for online content.

Some 71.4 percent of respondents wouldn't even consider paying to read an online newspaper.

It came as The Australian announced an iPad news app costing $4.99 a month.

Film and music download costs were also on the survey's radar.

The number of people who bought music online doubled between 2007 and 2009, according to the report. But given the choice, 80 percent of internet users would still prefer to buy music in hard copy form from an actual retail store.

There was little change in the number of users who said that being able to download music had decreased the amount they bought - hovering at 30 percent of internet users.

The most popular source of digital music was "copying one's own CDs", followed by copying a friend's discs.

"Just under a third of users report downloading for free (32.6 percent) and 28.2 percent use a file sharing site," the report said.

Films were much the same story. "Those who download movies on the whole do not think it affects their consumption of movies from 'traditional' sources," the report found.

About half of respondents indicated they would "not consider downloading music or movies instead of buying a hard copy at any price."

Only 5.9 percent said they would go for the download version over a hard copy only if it was free.

The Federal Government could take something from the results, which indicated 40 percent of users "would like more regulation" of internet content.

About the same number, however, believed the current amount of internet regulation in Australia was "about right".

There was strong support for restricting children's access to internet content - over 82 percent of respondents were in favour - but they believed parents were mostly responsible, followed by schools, ISPs and then the Government.

The respondents most likely to say there's too much immoral material on the internet were either elderly or classified as "non-users" of the internet.