Study: How IT can help bag bigger profits 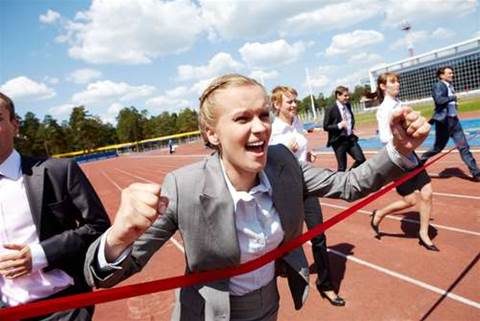 The path to an up to $8.8 million a year windfall.

Strategic IT has been named one of five management practices that can help services firms eke extra performance and profit from their businesses, according to a new study.

The study [pdf] of 78 Australian services firms - 14 of which are in the ICT industry - was conducted by researchers from multiple universities including UNSW, ANU and Macquarie.

It is the second of three commissioned from the Society for Knowledge Economics and funded by the Department of Education, Employment and Workplace Relations (DEEWR).

The study sought to outline the management practices and attributes that make certain companies high performing, relative to others.

Some of the practices involve close ties with customers, suppliers and partners; involving employees more in the decision-making process; and promoting behavioural and skills flexibility of staff.

The biggest gaps between high and low performing firms came from employee participation in decision-making, strategy and planning.

However, use of ICT was also seen to play its part in making companies perform.

The study emphasises that it is not ICT systems per se that can lead to the outcomes enjoyed by high performers.

"The study uses the verb 'performing' as opposed to the noun 'performance' to signal that becoming a higher performing workplace is not an end state that can be institutionalised using workplace systems alone but rather an ongoing journey that requires continuous management efforts as well as a shift in the values and beliefs of leaders and others," it noted.

It advocates ICT as an attribute of high performing services firms. Most of the benefit from technology is derived from alignment with business goals, it said.

"ICT can help to improve the quality of services and customer experience by allowing the organisation to analyse the nature of customer and stakeholder relations and by building new types of connectivity between the organisation and its environment," the study noted.

The study found the type of technology employed had little impact on performance. Equally, there is nothing to suggest that a certain level of IT spend for each FTE employee is required.

"What counts is how the technology is used rather than simply having more (and different kinds) of it," the study said.

"It is the use, quality and deployment of ICT that seems to make a difference to performance."

$8.8 million advantage up for grabs

The study found that for every $1 a high performer invests, they make 12 cents more in revenue on average than a lower performing firm.

Profit margins are nearly three times larger for high performers. They achieve average margins of 15.63 percent, compared to 5.44 percent for the lower performers.

In real terms, they could earn an average $8.8 million advantage or, put another way, $40,051 for each full time equivalent employee.

"In other words, a [lower performer] could potentially increase its profit margin by up to $8.8 million (on average) if it were to successfully migrate into the [higher performing] category," the study noted.

Making that transition is the focus of ongoing research by the society. The study estimated it would be another 12 months before researchers produced the third and final report in the series, whic would detail "intervention strategies" that can be used to scale up to the higher performing category.

The study is part of a series on addressing productivity losses in Australian businesses.

Microsoft, HP and the Australian Information Industry Association sit on its steering committee.