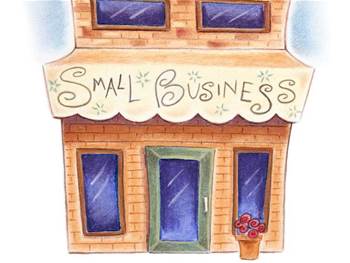 Almost half of all small businesses in the UK have suffered some form of cyber attack, new figures show.

Forty-four per cent of SMEs have been a victim of online crime, such as internet scams, identity fraud, phishing attacks and data theft, according to the latest report by Get Safe Online.

The study also found, that more than a third (36 per cent) of those businesses have suffered a computer virus and almost one in five (18 per cent) have been the victim of online scams.

But, only five per cent of SMEs have access to dedicated IT support to help manage security issues. Instead, many business owners manage the company security themselves.

Get Safe Online, a joint government and industry initiative, admitted that cybercrime and the problems it causes could be having a detrimental effect on the UK’s small business community.

In particular, 60 per cent of those organisations questioned as part of the survey said, that their business would “grind to a halt” if their IT system failed due to a cyber attack.

Of those companies that had experienced online crime, almost a fifth (19 per cent) admitted they lost money as a result of downtime.

“Basic measures aren’t enough on their own,” he said. “As cybercrime becomes more sophisticated, businesses must look at access control, data encryption and secure password practices, as well as considering other measures such as staff training.

But, it’s also important to remember that by taking a few simple precautions, online risks needn’t overshadow the huge benefits that the internet brings to UK businesses.”

John Dunsmure, managing director of the British Chamber of Commerce, added: “It’s crucial that businesses know the risks and take steps to protect themselves, particularly in the case of smaller businesses, when often someone’s livelihood can hang in the balance.”