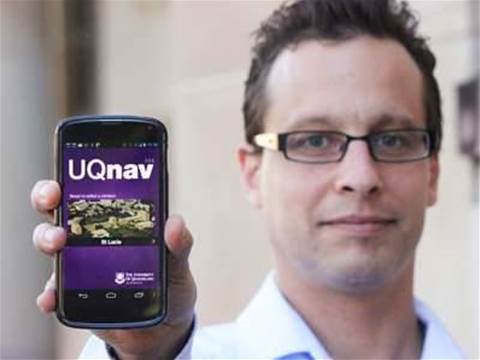 The University of Queensland liked Aaron McDowall's app so much they bought it.

Filling the gaps to meet needs.

Entrepreneurial university students are filling a void of mobile developers in Queensland by building and selling applications to the University of Queensland and its students.

Former UQ student Aaron McDowall, together with fellow student Kim Hunter, built the university’s navigation app UQnav in 2011, as part of their Bachelor of IT studies. They successfully sold it to the university, which later hired them.

The app has received more than 53,000 downloads. The university has since launched an open day application and has an O-week app in the pipeline.

“Maps was one of the deficiencies that had been brought to their attention,” McDowall told iTnews.

“They then approached us with the view that they would like to buy the app off us and the IP associated with it, and also hire us both to continue developing it to get it to a first release state.”

Hunter has since gone on to work with a local mobile development company, while McDowall has stayed on within the university’s IT services department.

Since then, another student has built a timetabling app that integrates with the university’s timetabling system, which the unviersity did not take up.

“He approached the uni to see if they wanted to buy it,” McDowall said.

McDowall said the timetabling app was getting “quite successful sales” in Apple's App Store, where it sells for $2.99.

McDowall said companies should overlook the expensive cost to consider applications as a marketing cost rather than software development.

He said some were “shocked and horrified" when wrongly comparing the cost of a mobile app to a basic website.

“It actually shouldn’t be seen as that because with in-app marketing and advertising and the presence it can create, if you look at it with marketing glasses it can be a hell of a lot more.”