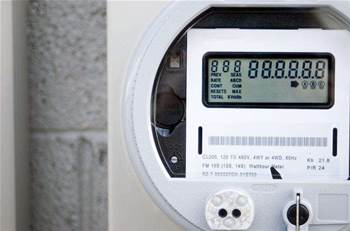 Utilities a hotspot for IT projects.

The local operations of IT services group Logica claimed that it has outperformed all other international operations over 2009, shielded by strong pipelines of business from the utilities sector.

Colin Holgate, Logica's CEO for Asia-Pacific and Australia, said Australia was the pick of the company's international operations - which "in a nutshell" is classified as all business outside of Europe (with the exception of Spain/Iberia)."

"So sitting within that is North and South America, Middle East, Asia, Australia and New Zealand," he said.

Holgate said Logica Australia was "in the right industries at the right time" - predominantly in imaging, utilities, government and transport.

"More importantly, more than two-thirds of our revenues are in long term annuity revenue streams," he said.

This helped the company survive the recession as others failed, he said.

"We have a very small part of our business in labour augmentation, labour supply and that type of thing. That's normally the first thing to go in a downturn, whereas outsourcing is usually the last thing to go", Holgate said.

Logica's strong position in the energy and utilities sector alsoserved them well in the last twelve months, he said.

"Two thirds of our revenue comes from this sector, which was not as hard hit as some of the other industries last year."

Holgate said the strong results will help Logica engage in further research and development of the back-end technology to enable smart meters, which will allow householders to record their energy usage in a more efficient way and sell excess power back to the grid.

The meters will also allow for two way traffic.

"At the moment, most households just have the utitlity providing them with all their energy but in the future you are going to see more home genration, whereby the household will generate its own electricity through solar cells and the like and sell electricity back to the grid. In order to do that you need to have more intelligence in the meter than what you currently have today", he said.

Victoria is blazing something of a trail with this technology at the moment as it is already being rolled out, whereas in the other states it is in the discussion and pilot stage.

Logica's involvement is around the the back-end infrastructure and hardware and software applications.

For instance, as Holgate pointed out, managing the data in these new meters is going to take on a whole new level of complexity.

"If you just think of the amount of data the utilities have to deal with now, where historically you have one meter read a quarter, you are now going to have multiple reads a day, perhaps as often as every twenty minutes, multiply that by x million customers and you're dealing with a very different volume of data," he said. "From an IT perspective it's a whole new spectrum."