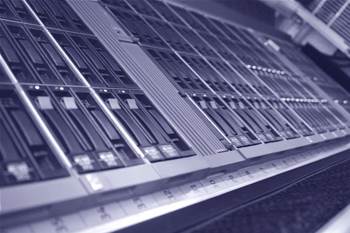 Large Federal Government agencies have doubled their storage pool over the past two years to reach a combined pool of nearly 100 petabytes.

The figure comes as a 21 percent rise on the 77,844 terabytes the same agencies reported the previous financial year, and more than double the 44,052 terabytes held during 2008-2009.

While this growth is actually easing on the previous year’s figures of around 77 percent a year, it appears that large Federal agencies see a need for more rather than less storage according to the recent figures.

Despite the significant uptick in storage, agencies continued to spend three percent of the total $5.2 billion government ICT expenditure - or approximately $155 million - on storage, much of which is held in off-site or offline backups.

The remainder is kept in either external storage, storage area networks or network-attached storage.

Glenn Archer, first assistant secretary of policy and planning at the Government's central procurement agency, told the CeBIT conference last week that the stagnant cost of storage meant agencies were getting better bang for buck.

"While the amount of storage in three years almost tripled, the amount we're spending today is actually less than we did before," he said.

"This is interesting because it's actually creating a bit of tension, we think in terms of cloud vendors - when cloud vendors tout storage opportunities, we can point to this evidence. I think they won't struggle to make a better offer."

Archer described the growth in storage requirements at government agencies as "rapid... but not necessarily uncontrolled growth" and pointed to the emergence of big data both within the public and private sectors as a reason for growing storage needs.

He indicated that the Australian Government Information Management Office would look to develop a big data strategy for government agencies later this year, including how agencies would be able to take advantage of increasingly cost-effective cloud storage facilities.

The total amount spent on ICT in Federal Government – approximately $5.2 billion – had changed very little over the three years, when inflation was accounted for.

About five percent of expenditure was sourced from the Australian ICT market, based on Australian Bureau of Statistics figures.

Gray said the Government was still increasing its ICT capability to support delivery of new services.

“Our target is that at least 30 percent of ICT expenditure be on new projects.  We have met this target in each of the past three years – reaching 34 percent in 2010-11,” he said.

Approximately one quarter of expenditure was on internal staffing in 2010-11 while the remainder was spent on hardware, software, outsourced services and external personnel.

Applications featured heaviest in expenditure for 2010-2011, as with previous years.