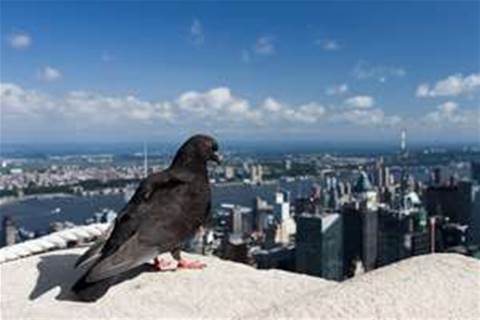 The Coalition's broadband plan has provoked anger from the states and beyond with Premiers and ICT Ministers falling over themselves to publicly incinerate it.

The Liberal-National Coalition announced yesterday that it would can the NBN in favour of a mix of "optimised" DSL, wireless, satellite and fibre backhaul - with a minimum 12 Mbps "peak" internet speed for most Australians.

"Abbott's plan is more like a homing pigeon for every home," South Australian Premier Mike Rann tweeted this morning.

The anger was palpable in Tasmania, as guarantees of 100 Mbps to the home became 12 Mbps peak speeds "up to 100 megabits" - depending on what the private sector chose for the last mile.

Tasmania's Premier David Bartlett said Abbott, "with the silent complicity of the Tasmanian Liberals, was going to abandon Tasmania at the altar."

"Tasmania's unique broadband advantage will be abandoned, and the optic fibre already in place will be sold-off to the private sector," Bartlett said.

"Just as Tasmanian businesses look forward to unique competitive advantages, and our schools and hospitals await access to cutting-edge technology to make Tasmanians smarter and healthier - Mr Abbott threatens to pull the rug out from under them."

Queensland ICT Minister Robert Schwarten said the Coalition's plan was a "slap in the face for regional Queensland."

He said the plan would "doom regional Queensland to being stuck in the pedal wireless age."

"[John] Howard thought broadband was the old Astor radio in the corner and Abbott has shown he is not much better than that," Schwarten said.

"We campaigned hard to bring the hub of the National Broadband Network to Melbourne only for Tony Abbott to try to take it away," Lenders said.