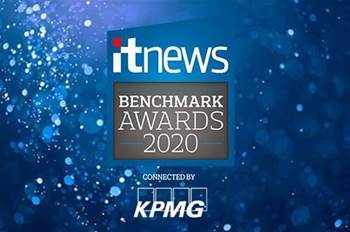 What does a patient incident management system, encrypted file sharing portal and state-wide contactless payments rollout have in common? Well, not much as it happens.

But all three are in running to win this year’s iTnews Benchmark Awards gong for best state government project.

The state government award celebrates the projects conducted by agencies that resulted in either internal efficiencies or improved citizen services.

It is only the second year that we’ve recognised state government projects individually, with the former state and local government category divided up due to the high calibre of entries.

And this year is no different, with an outstanding array of entries making it just that bit harder to decide.

Keep your eyes peeled as we announce the finalists in the remaining categories, including federal government, over the coming days.

With almost all the finalists now announced, we’ll shortly begin publishing case studies on the projects that caught the judges’ eyes ahead of the awards gala dinner on March 5.

With accurate data about patient and staff incidents across the health sector not always a given, despite having introduced a dedicated system in 2009, the Department of Health and Human Services decided to act.

But the decentralized nature of the state’s health sector, which comprises 80-plus health services, meant that introducing a new sector-wide system would be a significant challenge.

Using the Platform+Agile delivery approach, the department developed a client incident management system for a central cluster of health services and created a platform for other health services to use.

The system, which was built in-house on a Microsoft Azure platform, has been implemented across 39 Victoria health services to date, with more expected to come online once the department finds a partner to deploy the system across the health sector.

Photolegal is an encrypted secure file portal that allows clients of the Legal Services Commission of SA to securely share information with legal advisers.

Once uploaded, the files, which can include images, PDF files or word documents, are redacted to preserve the client's anonymity and can only be accessed by those with permissions.

The portal is used by the commission's legal advisers to view information on a client, which is stored securely on servers based in Australia, while providing guidance via phone or video call.

Photolegal has been built by ROAM Creative using a range of Amazon Web Services products, including Cognito DynamoDB and Lambda, based on specifications provided by LSCSA.

While the project was largely focused at improving how files can be shared, the portal has also improved access to legal advice for rural and remote clients by reduce the need to travel.

In the future, LSCSA hopes that Photolegal will reduce non-attendance at appointments, which stood at almost 20 percent last financial year.

Three years later it was Sydney’s turn, with Transport for NSW bringing the technology – which allows commuters to tap on and off using a credit or debit card – to Sydney’s longest ferry route.

Last September, TfNSW completed the rollout on all modes of public transport covered by the Opal smartcard system.