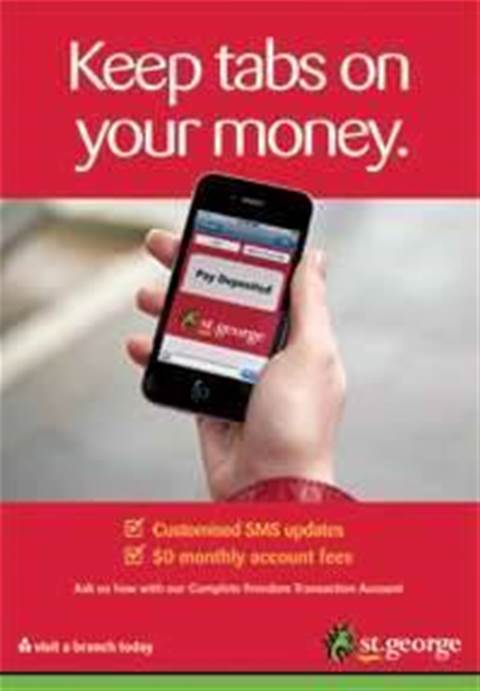 Optimised for Windows Phone 7 but with limited functions.

With flagship Windows Phone 7 handsets growing slowly in number, one of the obvious questions anyone considering getting a new Windows phone is about apps.

Quantity doesn’t mean quality, but St George's app - which it says is the first Australian native banking app for Windows Phone 7 - highlights the fact that it's still early days for the phone OS.

While popular apps like Facebook are available on the platform, as are Microsoft's Office Hub, there's clearly not the same number available as you'll see elsewhere. On the upside you can trial apps (if given the option) before you buy.

Phone banking is an increasingly popular activity, with several banks talking up how many smartphone users they have.

NAB recently claimed a 250 percent increase in mobile banking in the last year. "Mobile devices" now account for more than 12 percent of the bank's total Internet banking traffic each month. And 600,000 users are logging into St George's iOS apps each month, according to a statement by the bank last year.

On Android, the NAB, Commonwealth and St George all have apps. Worryingly, when we checked just before Christmas last year, there were also a number of unofficial banking apps listed for download.