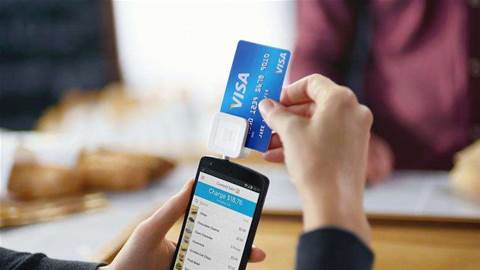 Readies for debut on NYSE.

US-based mobile payments company Square priced its shares at US$9 (A$12.60) today, further discounting the company's valuation before it begins trading tomorrow.

Square has raised US$279.5 million in its Wall Street debut, close to US$100 million less than expected.

The price set today puts Square's market capitalisation at US$2.9 billion, a 52 percent drop from the US$6 billion valuation it had earned at its last private funding round.

The company earlier this month set a price range of US$11 to US$13, well below the US$15.46 per-share price of its most recent private financing.

The steeper discount to US$9 - a 42 percent drop from what investors were willing to pay a year ago - suggests widespread uncertainty about the profitability of the payments industry and the future of Square itself, which has seen slowing revenue growth.

Square's IPO is a harbinger for how other highly-valued tech companies are received in their public debuts.

It is one of the most prominent "unicorns," or private companies valued at US$1 billion or more, to plan a public debut this year.

One-third of US-based tech companies that went public this year priced their shares below their private value, according to data from market intelligence company Ipreo and data provider Pitchbook.

The valuation discount for Square is among the steepest since the start of 2014, although it is below discounts of 40 percent for big-data company Hortonworks and 32 percent for storage company Box.

Founded in 2009, the company started as a way for small businesses to accept credit card payments through mobile devices. It now offers services ranging from loans to invoice software.

The company plans to sell 25.7 million Class A common shares, while a charity created by Dorsey is set to sell about 1.35 million.

"At this level, there will be appetite to invest," said Brendan Connaughton, chief investment officer at ClearPath Capital Partners, which has a client relationship with Square.

Investors attributed the discounted pricing in part to CEO Jack Dorsey's role at Twitter as well as steeper competition in payments from Apple and Amazon.

Square reported mounting losses for the first nine months of the year, compared with the same period in 2014, and slowing revenue growth.