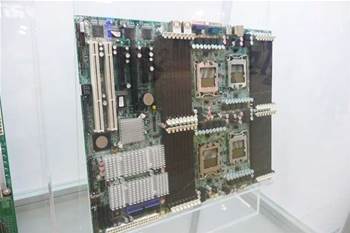 Microsoft SQL Server has emerged as the back-end database of choice in the wireless development market, according to new research from Evans Data Corporation.

Nearly 30 per cent of all wireless development uses Microsoft SQL Server, whereas 20 per cent use MySQL, the research firm said.

Even though Oracle came in third for databases for wireless apps, Oracle usage is expected to increase during the next year.

"A key focus for Microsoft is on the occasionally connected user or application," said Evans Data president John Andrews.

"Microsoft recognises that the future is all about mobility for people and enabling a continuum of data across all products from the data centre to the mobile device."

Evans Data also found that more than 40 percent of wireless developers are working with location-based services, and that Google tools and maps are the clear favourite.

Today, 47 percent of developers doing wireless work are targeting smartphones, while PDA targeting is down by 20 percent from last year, according to the research.

Got a news tip for our journalists? Share it with us anonymously here.
Copyright ©v3.co.uk
Tags:
chartsdevelopmentserversoftwaresqltopswireless