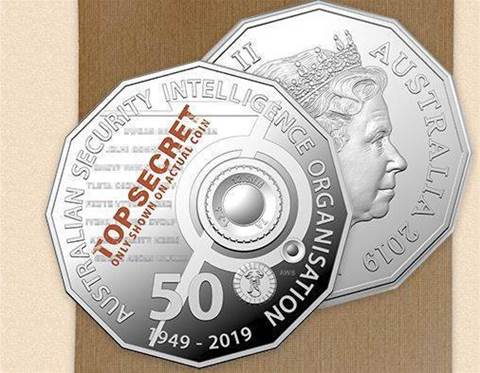 Never let it be said Australia’s domestic spy agency is lacking for a sense of humour or serious marketing pizzazz to cash in on its brand power.

When they’re not flat out busy tracking terrorists, fanatics and nasty promulgators of undue foreign influence over corporate and government affairs, it seems the secretive folk of the Australian Security Intelligence Organisation don’t mind having a sly dig at the giddy cryptocurrency scene.

Having chalked-up 70 years surveilling communists, revolutionaries and the occasional property developer, ASIO has revealed it's now having its work commemorated on a new special release 50 cent coin

“The coin design includes a unique ‘One-Time Pad’ key that was used by operatives during the Cold War, to encrypt and decode secret messages,” says the Royal Australian Mint’s marketing material, urging collectors to pile into the release for “an exclusive opportunity to win the only 70th Anniversary of ASIO 2019 50c Proof coin minted”.

Which is where the fun really begins, given the new ASIO coin campaign has been dubbed “coincryption”, which we suspect is a thinly disguised financial intelligence dig at spivvy cryptocurrencies and their efforts to reinvent the anonymity offered by cash.

Or the fact that promotional materials have redacted images of the code on the coin with a red “Top Secret” stamp, a case of rampant over-classification if ever there was one.

It’s a pay-to-play affair too, with the Mint can rattling for $10 per uncirculated coin, a sweet 20 time mark-up over face value of the legal tender. The price of entry buys budding crackers and collectors a single shot at unravelling the code via a cipher that ships with the coin.

But forget about anonymity.

According to the Mint’s chief, Ross MacDiarmid the “encrypted code” on the coin is  “similar to that used by operatives during the Cold War.”

“During the 1940s and 1950s the Soviet intelligence service, the KGB, used One-Time Pads to encrypt their cables to and from Moscow.

“Poor encryption practices allowed the 5-EYES allies to decrypt some of the cables under Operation VENONA, revealing the presence of a Soviet spy ring active in Australia and prompting the United Kingdom to urge Australia to establish a security service, leading to the establishment of ASIO in 1949,” the Mint’s hard crypto currency sell states.

“This project has been a wonderful collaboration between the Royal Australian Mint and ASIO,” Lewis chimed, adding that “Spooks and spies [a travelling exhibition on the history of ASIO] is an intriguing theme and often the stuff of novels and film.  It is exciting to see this theme interpreted in such a creative and enduring way”.

But there are a few discrete touches to the coin face beyond the code that bring ASIO’s previously covert marketing and merchandising activities out into the open. 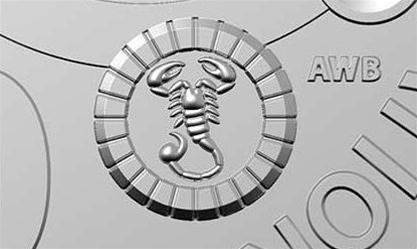 They include the inclusion of the spy agency’s corporate mascot, a scorpion, embossed onto its surface. 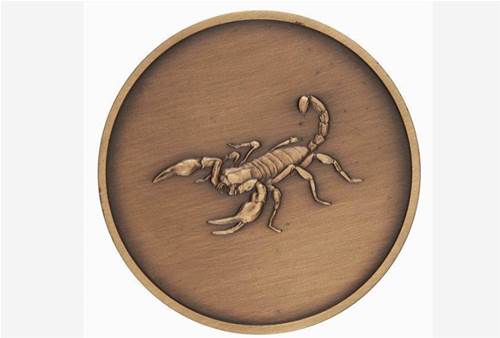 The rather toxic armoured critter is usually emblazoned onto ASIO’s house merch that it swaps other spook agencies which regularly turns up on eBay or hands out to members on retirement. 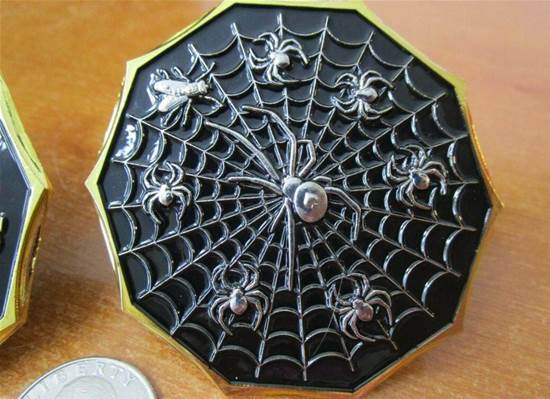 Toxic animalia is rather a recurrent theme in intelligence community branding. The US National Security Agency and Central Intelligence Agency appear to have produced this ten sided “challenge coin” featuring an arachnid motif that looks rather like a redback spider to us.

The Mint says 20,000 uncirculated ASIO coins will be produced.