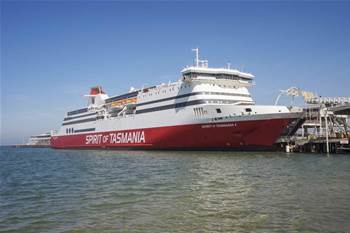 Collett joined the passenger and freight service operator this month, taking over from Cliff Reardon who had been acting in the CIO position since January, according to LinkedIn records.

Reardon has since left to take up a digital transformation role at Tasmanian shipping company SeaRoad.

Prior to that, it is believed Simon Pearce held the CIO role. Spirit of Tasmania did not respond to requests for comment.

Reporting to CEO Bernard Dwyer, Collett will lead the information systems team and be responsible for Spirit of Tasmania's technology direction and risk management.

Collett took to LinkedIn to celebrate his role stating he is “thrilled to have joined the team.”

“The coming few years at Spirit of Tasmania will very exciting, with two new vessels on order, and a new port facility being built at Geelong," he wrote.

“Also very much looking forward to getting out and about to explore the beautiful state of Tasmania.”

Prior to landing the CIO role at the Spirit of Tasmania, Collett held roles at GHD, Aurecon and the New Royal Adelaide Hospital.

Spirit of Tasmania's owner TT-Line announced last April an agreement had been reached to move its Victoria port from Station Pier at Port Melbourne to a custom-built facility in Corio Quay, north of Geelong.

Expected to be built by 2022 the new location will cover a 12 hectare site and include better passenger vehicle check-in and security facilities.

The ferry service also added wi-fi to its ships after partnering with satellite internet provider IPSTAR Broadband in 2019.