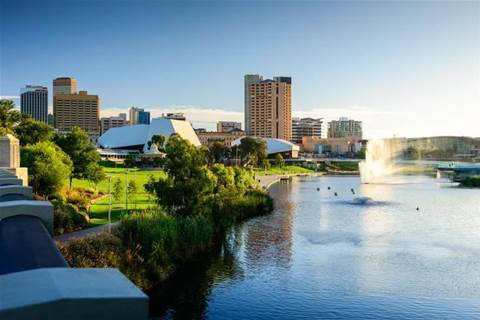 Innovation initiatives designed to lure startups and the nascent Australian Space Agency have received almost half a billion dollars in funding in the South Australian budget, the first under the new Liberal government.

Renewal SA has been granted five years and $476 million to oversee the redevelopment of the former Royal Adelaide Hospital, now known as Lot Fourteen, into an innovation and commercialisation precinct.

Several heritage buildings along the CBD’s North Terrace will be redeveloped to create 650 startup spaces, and potentially the Australian Space Agency if the city of churches takes the fancy of the nation's space operators.

The state government has also allotted $1 million over four years for a dedicated Space Innovation Precinct on the condition that it wins out over one of the other states or territories vying to be the home of Australia’s space capabilities.

The push for startups is partly directed at attracting workers to the state, including a $400,000 visa program to attract entrepreneurs looking to base their operations in South Australia.

A joint program with the federal government will target local emerging talent, including the $203 million Skilling South Australia initiative.

Treasurer Rob Lucas said in his budget speech the program will “enable the state to respond to emerging industry needs” through greater numbers “digital and fast-tracked apprenticeships”.

“It is estimated that the fund will support the creation of up to 20,800 additional apprenticeships and traineeships in South Australia,” he added.

Other initiatives in the budget include a $9 million upgrade to digital security systems at the Northfield Prison complex in Adelaide’s northern suburbs.

Over $5 million will be spent on replacing the state’s firearms control systems with a more “contemporary” solution over. The four-year program will be partly funded by increases to firearms licence levies.

Mobile blackspot reduction efforts will continue, with $10 million in funding for three years. The state’s computer-aided emergency services dispatch system will also receive $4 million worth of upgrades over two years.

Not everything’s so rosy, however. The new Liberal government is discontinuing the Tech In SA and Digital Game Development programs.

No mention was made of Adelaide’s Gig City NBN-alternative, running on the SABREnet fibre network jointly owned by the state and the city’s universities.

The previous Labor government announced in February the network would almost double its coverage with a $35 million funding boost.