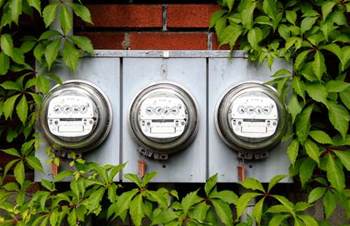 Victorian power distributor SP AusNet is anticipating a six-month delay to the completion of its rollout of 714,000 smart meters in the state.

The utility, which is 51 percent owned by Singapore Power, said it now expects the advanced metering infrastructure (AMI) rollout to be "substantially completed during the first half of [calendar year] CY2014".

SP AusNet — along with the state's other electricity distributors — had been working towards an implementation deadline of the end of 2013.

Managing director Nino Ficca urged investors to look at the delay in the context of the entire program, which has been running over five years.

Concerns were first raised in August that electricity distributors in Victoria would not meet the end of year deadline set by the state government for the rollout of smart meters.

Delays have previously been attributed to homeowners refusing installation of the new meters. Grass roots activism campaigns continue to advocate for this option.

But it has not stopped over two million meters from being deployed across the state so far.

SP AusNet said today it had installed 606,000 of 714,000 meters under its obligations, with "life to date" capital expenditure of around $510 million going towards the program.

The utility is also in the process of appealing via various avenues a 2011 ruling by the Australian Energy Regulator (AER) against the costs SP AusNet wanted to charge to roll out the devices.

The regulator made some concessions in February but there is still a "net shortfall" of $56.4 million remaining. The AER said SP AusNet's higher expenses were the result of its choice of telecommunications technology for the meters, and said the utility should have switched to a "lower-cost technology" back in 2011.

SP AusNet indicated today there are a couple of avenues still available to it to resolve the funding shortfall, including undisclosed "commercial arrangements", ongoing discussions with the AER, and potentially finding savings in expenditure that has not yet occurred.

A Federal Court appeal stemming from the dispute is not expected to progress to hearings until May 2014, SP AusNet said in financial filings today.