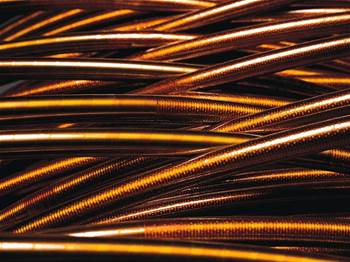 Verizon Business has obtained final approval from the Federal Communications Commission to activate and operate the Trans-Pacific Express submarine cable system in the US that will link to Asia Pacific.

The company is a business unit of US-based telecommunications provider, Verizon Communications and has ownership in around 18 cable systems in the Asia-Pacific region including; Japan-US, China-US, Southern Cross (US, New Zealand and Australia) and the new SEA-ME-WE-4 cable, put into service in December 2005, linking Europe and Asia.

The FCC granted a landing license, which provides final authority to land the Trans-Pacific Express cable in Oregon, and to activate and operate the cable system in the US. The application for the license was filed with the FCC in 2007.

The TPE cable is an undersea optical cable system directly links the US and mainland China. The 17,000-kilometre submarine communications cable will use the latest optical technology and provide greater capacity and higher speeds to meet the dramatic increase in demand for IP, data and voice communications traffic between the US and the Asia-Pacific region.

Independent telcommunications analyst, Paul Budde said the increase in capacity will be much needed for the country.

"Prices are kept very high because there is enormous increase in capacity for bandwidth. Internode half a year ago had to increase prices because they can't get affordable pricing from Southern Cross, who are keeping prices at a premium," he said.

The cable will initially provide capacity of up to 1.28 terabits per second (Tbps), and the system will have a design capacity of up to 5.12 Tbps to support future Internet growth and advanced applications such as video and e-commerce.

Customers might also be able to access the cable system at wavelengths of up to 10 gigabits per second (Gbps), the equivalent of nearly 121,000 simultaneous calls, they said.

Manufacturing and construction to complete the TPE submarine cable is already underway. The first cable was placed near the Korean coast on 21 September, 2007 and the first 55 kilometres of TPE cable was placed off the US West Coast in late November 2007.

When completed, the TPE cable will complement the company’s existing submarine cables in the Asia-Pacific region.

The next-generation undersea system represents a continuation of the company’s strategy to remain an active leader in the development of submarine cable systems, said the spokesperson.

While the increase in capacity will be much needed, Budde believes that in the next five to ten years the marketplace will see such a high demand for bandwidth that the PIPE network, Telstra cables and Southern Cross Cable might run through their capacity.
Got a news tip for our journalists? Share it with us anonymously here.