Sorry about the "//", says Tim Berners-Lee 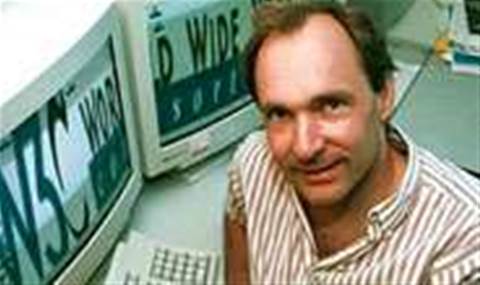 Wishes he had never bothered with URL convention.

The inventor of the worldwide web, Sir Tim Berners-Lee, has admitted that he wishes he had not bothered with the “//” prefix used in all web site addresses.

In an interview with the New York Times (NYT), Berners-Lee said the double slash was a programming convention in 1989 when he first wrote the paper that led to the creation of the web, but that it “turned out to not be really necessary.”

Millions of web users would no doubt agree, even though most web browsers typically fill in the “http://” section of the URL if just the www section of the address is entered.

“Look at all the paper and trees, he said, that could have been saved if people had not had to write or type out those slashes on paper over the years — not to mention the human labour and time spent typing those two keystrokes countless millions of times in browser address boxes,” said the NYT article.

Got a news tip for our journalists? Share it with us anonymously here.
itweek.co.uk @ 2010 Incisive Media
Tags:
about oddware sorry telco/isp the