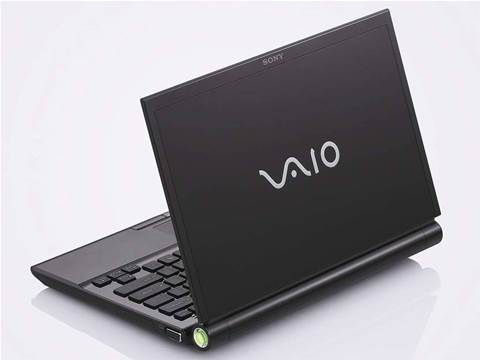 Sony's Vaio TZ series notebooks may overheat and should be brought into Sony offices for repairs, the company said today.

The source of the problem is “a poorly placed wire and/or dislodged screw in the hinge”.

“The laptop computers overheat in the section connecting the display and the keyboard, as the joint section bites into a bunch of wires inside the computer,” a Sony spokesman said.

More than 200 notebooks have overheated so far. Seven people have suffered light burns, according to the company.

There have been no reported cases of issues in Australia, said a Sony spokesperson.

Customers can determine whether their notebooks are affected by checking their serial numbers against a Sony database. The model name and serial number are located on the notebook's underside.

Owners of Sony Vaio TZ series notebooks are urged to bring their computers to a Sony Service Centre for free inspections and repairs. Service centres are listed on the company’s website, or customers can call 1300 137 669.

The laptops are not part of a general product recall because there is no risk of fires or serious injuries, the spokesman said.

Last year, Sony recalled nearly 10 million notebook batteries because of a potential fire hazard. The recall affected every major notebook manufacturer and potentially cost Sony more than $430 million, according to analyst Eiichi Katayama of Nomura Securities.
Got a news tip for our journalists? Share it with us anonymously here.