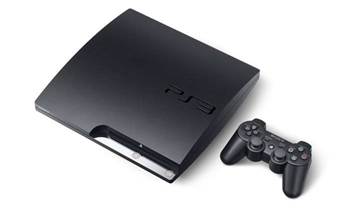 But the two didn't quite kiss and make up.

After just three months in court, Sony has reached a settlement with PlayStation 3 hacker George Hotz.

Hotz, 23, was behind the ‘jailbreaking’ of the popular games console that allowed its owners to run software not blessed by the Japanese games maker, which included pirated content, Sony alleged.

"It was never my intention to cause any users trouble or to make piracy easier," Hotz said in a statement released by Sony Computer Entertainment America. "I'm happy to have the litigation behind me."

The speedy resolution of the Hotz case is perhaps unsurprising given the damage it has done to Sony’s image. The Japanese conglomerate came under heavy criticism for its decision to collect the IP addresses of customers who accessed Hotz's website. This was seen by many as an invasion of privacy.

The Hotz case re-entered the headlines last week after revenge attacks on Sony by the hacker collective known as Anonymous. Various Sony websites were knocked offline in a coordinated DDoS attack, including Sony.com and the PlayStation Network.

“You have victimised your own customers merely for possessing and sharing information. In doing so you have violated the privacy of thousands,” Anonymous said in a statement. The personal details of Sony employees and their families were also leaked on the OpSony IRC website. (The settlement absolves Hotz of any potential wrongdoing associated with these attacks. "Hotz was not involved in the recent attacks on Sony's internet services and websites," the SCEA statement reads.)

“Our motivation for bringing this litigation was to protect our intellectual property and our consumers,” said Riley Russell, General Counsel for SCEA. “We believe this settlement and the permanent injunction achieve this goal. …We appreciate Mr. Hotz's willingness to address the legal issues involved in this case and work with us to quickly bring this matter to an early resolution."

Despite the generally favourable outcome, Hotz is in no mood to forgive and forget, if his latest blog post is any indication.

"As of 4/11/11, I am joining the SONY boycott. I will never purchase another SONY product. I encourage you to do the same. And if you bought something SONY recently, return it," Hotz urged.

Got a news tip for our journalists? Share it with us anonymously here.
Copyright © PC & Tech Authority. All rights reserved.
Tags:
anonymousgaminghackershotzjailbreakps3securitysony