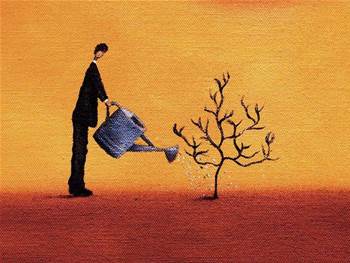 Although reports of the death of the hard drive have been greatly exaggerated, solid state drives (SSDs) are poised for "extraordinary growth", market watchers predict.

In-Stat estimates that, although SSDs will penetrate no more than six per cent of the PC market by 2011, shipments will jump from nearly zero in 2006 to 24 million units in 2011.

Most of the growth will come in the ultra-mobile device (UMD) market, which includes the UMPC and MID platforms, according to the high-tech market research firm.

"There are few compelling reasons for most PC purchasers to pay more money for less storage than they can get using a hard disk drive, so In-Stat expects HDDs and hybrid drives to continue to outweigh SSDs in these applications for at least the next several years," said In-Stat analyst Jim McGregor.

"Nevertheless, SSD advantages in lower power, higher reliability, lower noise and faster access than HDDs, in an extremely durable unit, make for rapid growth in some markets, especially in military and industrial UMDs."

The In-Stat research noted that the higher price of SSDs will limit acceptance until price parity with HDDs occurs. The report adds that HDDs are on a price decline curve similar to that of SSDs, so achieving price parity will not happen quickly.
Got a news tip for our journalists? Share it with us anonymously here.
Copyright ©v3.co.uk
Tags:
drivesforgrowthhardwaremegapoisedsolidstate