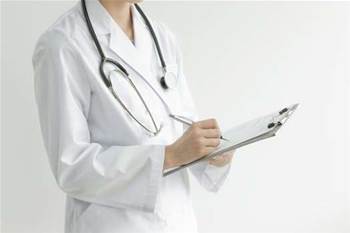 Electronic health specialists Global Health will install medical record software across Adelaide’s public health network, at the same time as it asks a court to force several of the state’s hospitals to stop using its legacy products.

The listed software vendor today announced that it has signed a deal to deliver its MasterCare electronic medical record to an expected 250 concurrent users within the Adelaide Primary Health Network – a Commonwealth-funded organisation that runs mental health, addiction, psychiatry, education and other non-hospital services across the Adelaide region.

The deal is expected to reap the company roughly $250,000 a year in licence fees and additional set up costs, according to their software pricing schedule.

Global Health’s Australian chief executive. Mathew Cherian, agreed that it was refreshing to have some happier news out of South Australia, ever since the company locked horns with the state government over the health department's refusal to migrate off the company’s 1980s CHIRON patient administration software.

CHIRON was superseded in 2003 and Global Health refused to issue any more licences for the product after 31 March 2015, meaning that the 12 regional hospitals still using the system without valid software licences.

Global Health has launched a legal bid to stop the SA government using the legacy software in the Federal Court. A federal court judge is expected to set down a trial date at a directions hearing next month.

Meanwhile, the state-based hospital system’s colleagues in primary health care will enjoy a much newer version of the Global Health product suite, as well as access to a management planning and tracking dashboard, a secure messaging platform, and a new data warehouse under the deal.

The Adelaide win follows the announcement of a $3 million deal in the ACT that will see Global Health rollout MasterCare across the territory’s Mental Health, Justice Health and Alcohol & Drug Services (MHJADS).

Cherian told iTnews that the company was beginning to gain traction outside of its traditional mental health customer base. That will come as good news to investors given the CEO revealed in November that revenue and profit had both dropped to three year lows, largely due to the SA dispute.