Snapchat is paying Google $523m a year for cloud infrastructure 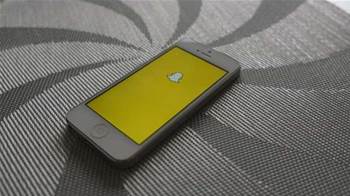 Popular multimedia messaging app Snapchat last month signed a deal with Google that will see it pay the tech giant US$400 million (A$523 million) per year for its cloud infrastructure.

The deal was revealed as part of the US$3 billion IPO filed by Snapchat's parent company Snap in the US today.

Just last month Snap entered into the deal with Google's Cloud Platform to provide the infrastructure and services underpinning its popular mobile application.

The agreement runs for five years, and requires Snap to buy at least US$400 million worth of cloud services annually.

According to the IPO filing, up to 15 percent of the figure can be moved to a subsequent year for each of the first four years of the deal.

Snap has the option to request a reduction on its minimum purchase agreement if it has a big fall in revenue, the IPO filing reveals.

If it fails to meet the US$400 million commitment it will need to pay the difference.

In return for the minimum purchase commitment, Snap gets discounted pricing for certain Google Platform services, it said.

The agreement automatically renews for a year once the initial term comes to an end, unless either side indicates they want to end it.

Snapchat already runs the vast majority of its computing on Google App Engine, and is one of the largest users of Google's cloud services.

The company's IPO could be one of the largest technology floats in recent years.

Its IPO filing revealed a user base of 158 million average daily active customers, and annual revenue of US$404.4 million last year.

It is planning to list its shares in March on the New York Stock Exchange.