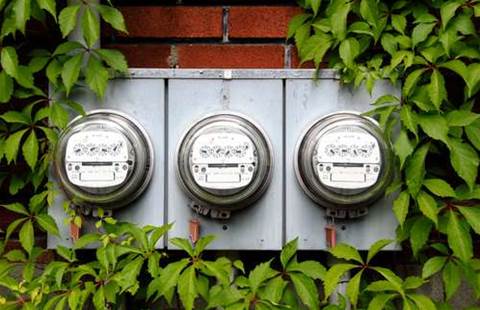 Victorian electricity users have shelled out $2.2 billion in the nine years since the state government mandated the use of smart meters in all homes and small businesses, but are yet to realise substantial benefits, the state audtior has found.

The advanced metering infrastructure (AMI) program was developed in 2006 and has seen the rollout of smart meters to 2.67 million residential and small business premises in Victoria.

By the December 2013 deadline, 93 percent of the rollout had been complete, but only 86 percent of sites were being remotely read due to issues with technology and communications failures with distributor AusNet. The rollout was effectively complete by mid last year.

In the follow-up report [pdf] to his 2009 review of the AMI - which found serious flaws in the business case - auditor-general John Doyle revealed that as little as 20 percent of expected benefits from the program were currently being achieved.

There were "significant uncertainties and risks" associated with realising the remaining 80 percent, Doyle said.

Additionally, consumers would likely need to fork over more than the previously forecast $319 million to complete the rollout and connection of the smart meters.

Victorians pay for the smart meters through additional charges in their electricity bills.

"Worryingly, the Department of Economic Development, Jobs, Transport and Resources does not have a good understanding of the cost of the program, which it does not track," Doyle wrote.

"I do not agree with the department's views that it should not report publicly on costs and its assertion that to do so would take on the role of the regulator.

"Nor do I accept the department's assertion that the costs incurred to date do not warrant monitoring and reporting as these are 'sunk', noting instead that only benefits tracking is what is important."

Doyle said the success or failure of the smart meters program could not be properly scrutinised without an understanding of the costs involved in achieving the benefits.

He similarly criticised the department for failing to provide full transparency to both consumers and government on the program.

"After all, consumers had no choice in paying for the rollout, but they are surely entitled to clear and transparent reporting of all aspects of the program," he wrote.

The largest benefit achieved so far, Doyle said, related to the ability to avoid costs for installation of old accumulation meters and manual meter reading. This accounted for $1.4 billion of the total $3.2 billion in benefits the government expects smart meters will achieve.

However, the costs savings "do not represent any additional value generated by the program", Doyle said.

"Furthermore, the overall costs of the smart meters program significantly outweigh these savings."

The reality, according to Doyle, was the state government had approved a program whose costs it could not directly control and for which it could not drive expected benefits.

From here on in, the government needed to focus on helping consumers "get the most out of what they have paid for", the auditor said.

"The rollout is now complete and Victoria has infrastructure in place that might lead to future innovation and benefits to consumers," Doyle said.

"Achieving these benefits relies heavily on the majority of consumers changing behaviour, including by finding a better electricity deal and changing consumption patterns.

"In this respect, a key role for government is in providing consumers with a better understanding of the benefits that smart meters can provide and encouraging the required behaviour change."

Doyle listed nine recommendations to DEDJTR including that it track and report on costs and improve customer education.

But he said the department had failed to satisfactorily respond to all the issues he raised.

"I strongly urge the department to review its position in the interests of all consumers, and to fully address my recommendations. I intend to closely monitor the department's progress in this regard," Doyle wrote.

It argued not enough time had passed between the completion of the rollout - June 2014 - to appropriately assess the benefits, and said the report failed to recognise the opportunities the program provides in terms of network and retail sector innovation.

"One consequence of this approach is to make it unreasonably difficult and costly to implement the recommendation for industry and government to positively communicate the benefits of the program (and network tariff reform) to consumers," DEDJTR secretary Richard Bolt wrote.

"I am pleased to note that the recommendations include actions that the department is already actioning or has proposed to implement."