Smaller is better for payroll deployments 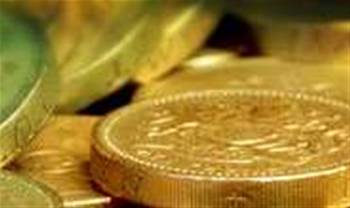 QLD Health should have deployed in 'chunks’, vendors say.

“There is certainly a trend moving away from a full ERP deployment,” said Talent2’s global managing director of HR and payroll services, highlighting “a number of major failures across the board”.

“[Organisations previously] tend to think that if you purchase one software package, it’s going to be cheaper, but HR and payroll is a very specialised service.”

“HR is the least standardised of all the systems in a business,” said Mike Ettling, CEO of the UK-based systems integrator, vendor and outsourcer. “Australian payroll is actually quite complex because of [legislation].”

While made-to-order systems meant more man-hours – and thus dollars – for system integrators, they were not necessarily good for clients, Ettling told iTnews.

NorthgateArinso was not actively engaging with competitors and the HR industry to develop standards, but Ettling claimed that an “ITIL” (systems management standard) for HR was in the works.

He fingered change management as a major cause of implementation failures, such as a troubled Queensland Health deployment that resulted in 35,000 payroll anomalies last year.

The State Government considered seeking damages from integrator IBM last June, after the SAP HR payroll system was delivered 19 months late and at more than three times the expected cost.

It later announced plans to decentralise the payroll system and return HR responsibilities to various hubs that were directly linked to local hospitals.

“It just shouldn’t be like that,” said Ettling, who was “shocked and surprised” by the high-profile failure.

“I don’t think centralisation is fundamentally bad; companies want to get central data repositories of where people are and how much they cost.”

Choo speculated that Queensland Health had failed to identify the scope of the project initially, leading to subsequent delays as it refined its demands.

“A lot of user groups don’t spend enough time and don’t bring in enough subject matter experts in to [define] scoping requirements up front,” he said.

“The assumption that people make is that if you centralise, everyone is going to be conforming to the same thing ... [but] agencies are not prepared to do that.”

Ettling recommended that organisations approach HR overhauls in “bite-sized chunks”, by rolling out one function at a time and delivering benefits before moving on to the next phase.

After having tackled more than 2,000 multinational HR deployments – including at MBF, Woolworths, AMP and Jetstar – Ettling said NorthgateArinso had its share of “war stories”.

“We’ve learned a lot from our experience over the years,” he said. “The trick is, when things go wrong as a vendor, how do you rectify it.”

“Very seldom do you see these programs fail due to technical issues,” he said.