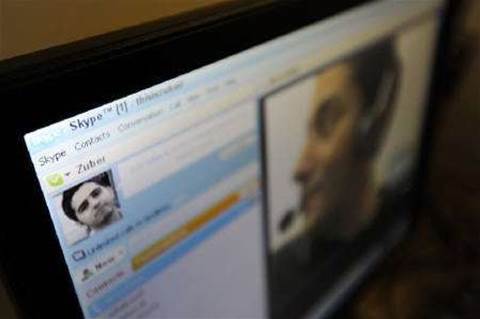 Skype's partner in China, TOM Group, claims the web-based calling service is complying with Chinese law, even as a crackdown on illegal Internet telephone providers could complicate Skype's operations in the country.

The comments from TOM Group, which is 51 percent owned by Hong Kong billionaire Li Ka-Shing, came as potential investors in Skype's planned US$1 billion initial public offering year fret that any ban on Internet telephone services in China could exclude the company from of the world's largest Internet market.

"The operation of Skype in China is compliant with local laws and regulations," a TOM Group spokeswoman told Reuters on Tuesday. "Currently, it is business as usual while service provision stays normal."

China's Ministry of Information and Industry Technology called in a notice on December 10 for a crackdown "on illegal VoIP telephone services" and said it was collecting evidence for legal cases against them. It did not identify any companies.

While that could affect VoIP (voice over Internet protocol) services such as Skype, and privately owned UUCall and Heyyo!, analysts said it was far from clear what companies were being targeted or how strictly authorities would enforce any limits.

"Often these crackdowns are focused on the small domestic companies," said Mark Natkin, managing director of Marbridge Consulting, a Beijing-based company that advises businesses on China's telecom and IT industries. "It doesn't mean that the sky is falling.

"I don't believe that Skype is being shut down, but one never knows."

The Chinese regulator did not respond to a list of submitted questions about its announcement and its spokesman's office did not answer telephone calls.

Luxembourg-based Skype operates in China through TOM-Skype, a joint venture that began in October 2004 with the TOM Online unit of TOM Group Ltd. Skype and UUCall dominate the VoIP market in China, according to Gartner analyst Sandy Shen.

The government move appeared to be aimed at protecting three government-controlled phone carriers -- China Telecom, China Unicom  and China Mobile -- which have been losing money on their long-distance businesses.

VoIP calls allow users to make international calls for much less than commercial providers, or even for free if both parties are using VoIP.

Many businesses that use VoIP services to cut down on their international telephone costs could lose access to the cheaper alternative.

"I think it would be hard for MIIT to really enforce things," said Duncan Clark, chairman of BDA Consulting, a Beijing-based technology consultancy.

"They would be depriving tens of millions of people of their cheap phone calls. They are sensitive about monopoly gouging, especially with the price sensitivities now."

"It smacks of protectionism for Chinese telcos," added Clark. "That's something I think the government is sensitive to. Sometimes they put these trial balloons out there to see the reaction."

Gartner's Shen said the only way to enforce the ban would be for the government to block access to Skype by shutting down the website, but she sees it as unlikely given that it would be politically unpopular among China's online community, at about 450 million people and growing.

In 2005, Skype was blocked in parts of China as the government sought to ban phone calls made over the Internet.

At the time, Chinese authorities permitted only China Telecom and China Netcom, which has since merged with China Unicom, to conduct pilot programs for VoIP services in two cities each, said Kan Kaili, a professor at the Beijing University of Posts & Telecommunications.

The pilot programs never took place, however, and that could make it unlikely for authorities to enforce any ban on Skype, said Kan.

There is also the possibility that any ban could stir up memories of China's recent dispute with Google.

"Whether the government will make any direct move against Skype has to be seen, because Skype is so internationally popular and there's the factor of international politics," Kan said.

"I think that the government might think twice after what happened with Google last year."

After a months-long stand-off over censorship, China finally gave Google approval in July to keep operating its Chinese search page. The case caused a row between Washington and Beijing.