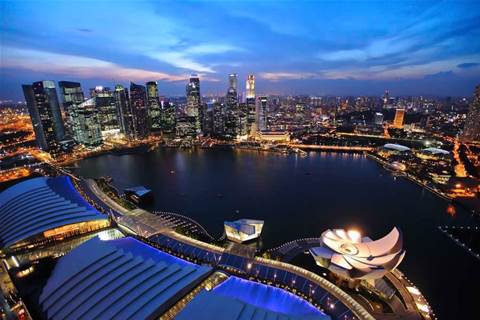 Singapore Exchange (SGX) has moved some 20,000 COBOL programs onto a commodity x86 platform in a bid to future-proof its IT.

The 15-month project concluded on October 22 and saw the SGX’s 25-year-old clearing and deposits application moved off a decade-old IBM mainframe.

Chief information officer Bob Caisley said the project had doubled the speed of the application, which was used by 74 brokers, clearing members and depository agents.

But even the world’s eighth-largest listed exchange – with a market capitalisation of $US5.3 billion ($5.1 billion) – was initially reluctant to embark on the $US3 million migration project.

“The trouble with back office systems is that they’re not sexy,” Caisley told FST’s Technology and Innovation conference last week. “Therefore they don’t perhaps get the airtime or capital expenditure required.

“For SGX, the [clearing and deposits] system was extremely stable – I would describe it as an old workhorse that served us well. But it was time to refresh.”

Caisley was concerned about outdated interfaces, a lack of support and COBOL skills for the legacy clearing and deposits system after a quarter-century in operation.

“All layered products are out of support as the latest versions are not compatible with version 1.1,” he said of the operating system that was succeeded by z/OS 1.2 in late 2001.

“What that meant was we were being supported on a best-efforts basis. We did get the support from the vendors but it was always a discussion point.”

The exchange chose the latter option, which was the least expensive but involved more risk than a hardware and software refresh.

It selected a Dell-Clerity software and services offering over Micro Focus last October and sought to move to the new platform in a “big bang” to minimise impact on customers.

“We decided that we were going to migrate as-is, with no change to business logic, but it needed to deliver significant improvement in performance, in terms of batch and online … and to be scalable, going forward,” Caisley said.

He told the conference that the platform was delivered on-budget in the 15-month timeframe, delivering “orders of magnitude” of ongoing cost savings.

The exchange has since looked to "phase two" of the project, which would deliver an ability to easily configure the platform to facilitate the introduction of new SGX products.

IBM has described the finance sector as the "bread and butter" of its mainframe business, with the likes of Westpac and Allianz Australia deeply committed to the technology.

Software vendor BMC last month released a report that found 59 percent of organisations in Australia and New Zealand view the mainframe as a "long-term solution for growth".

Westpac's chief mainframe engineer Glenn Bowden said at the time that the bank's mainframe systems cost less than other platforms from a "total cost" perspective.

He said Westpac's mainframe took up 1.5 percent of floorspace in its data centres and joked that it handled 90 percent of the bank's IT load.

According to the SGX's Caisley, the mainframe was the only platform able to support its processing requirements ten years ago.

"Of course, times have changed, but have you?" he asked delegates.